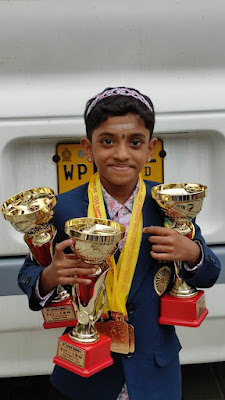 Speaking on the occasion, Indian Grandmaster V Vishnu Prasanna, Head Coach, Hatsun Chess Academy said “Sharvaanica A.S is a brilliant player who has never missed out a training session and this victory is a result of hard work. she has been constantly winning in all the tournaments. We value the passion of every athlete and encourage them by giving them opportunities, to perform their best”

Posted by editor-manu-sharma at 6:49 PM