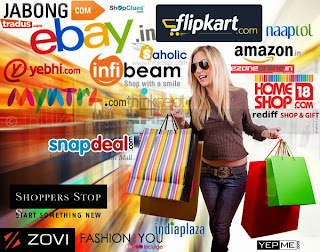 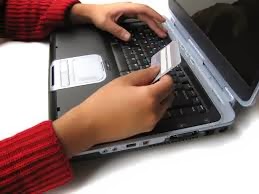 Online Shopping Festivals and Christmas-themed marketing campaigns have given a major boost to online shopping in India in recent times. With website traffic peaks expected during this season, businesses need to guarantee their mobile and web applications will perform well under pressure and handle the upcoming onslaught of  online shoppers. According to comScore, among the BRIC Nations, India has been the fastest growing market adding over 18 million internet users and growing at an annual rate of 41%. Riding on a 31% year-on-year increase, India’s online population grew to 73.9 million. With an extended online universe in excess of 145 million the market is at a tipping point for online businesses. The study says about 60% Internet users in India visit online retail websites - and to retain them, businesses need to ensure they have a smooth experience.

According to global research, conducted by Vanson Bourne and commissioned by Borland, 44% of CIOs are aware of the events that drive peak-traffic loads, but do not simulate website performance with heavy load testing to see if they can handle the increased pressure on their websites.  That’s despite knowing that even minor delays to website response times can have a sizable impact on customer satisfaction, page views, conversion rates and site abandonment.

Commenting on the challenge, Nitin Dang, Country General Manager, India at Micro Focus, said: “There is no denying the significance and prominance of a business’ online presence, especially in today’s economic environment. Even the most usable website or mobile application can be rendered useless if the backend infrastructure can’t handle the volume of traffic during peak times. Borland Credits is a wonderful initiative to tap the potential of the cloud and offer businesses a flexible way to future proof their websites”

“With the on going online shopping festivals as well as Christmas holidays being just around the corner, businesses need absolute confidence that their high-quality applications will perform well under pressure and handle peak loads.  However, managing and emulating hundreds of thousands of realistic end-users, from multiple regions, in order to load test an application can be time-consuming, complex and costly.  It’s enough to deter many businesses from testing in the first instance added Nitin Dang.

“We’ve created Borland Credits to offer businesses a forward-thinking and flexible way in which to get more from the cloud,” continued Nitin Dang. “Users will have easy access to our Silk Performer CloudBurst testing services – from anywhere in the world – without the need for unnecessary, costly infrastructure, which often sits around collecting virtual dust until it is needed.  We’re giving our customers better control over their testing expenditure, with the ability to ensure their applications run at optimum levels, wherever they may be.”

Users can choose between several packages, depending on how many Borland Credits are purchased in one go, without being locked into to a specific subscription plan or paying any service fees:

Before any load test is conducted, Silk Performer CloudBurst will display an estimate of how many Borland Credits will be used and on completion of a test, will calculate the number of Borland Credits to debit from the account to help users budget accordingly.

Through the new billing model and Borland Credit system users will also be notified by email, 24-hours in advance of when a load test agent is about to automatically close and will receive Virtual User Price Protection, so that if an application doesn’t scale to meet the loads anticipated, they will only pay for what they have used.
Posted by editor-manu-sharma at 8:04 PM 5 comments: