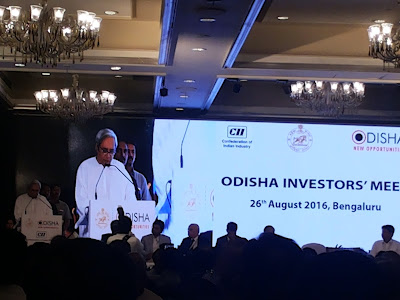 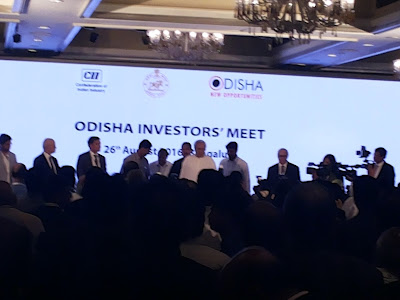 The state government has decided to formulate a policy in a bid to put Odisha among top three start-up hubs in the country by 2020. The Odisha government recently held a Invest in Odisha in Bengaluru to attract new investments into the state. The team led by the Chief Minister Naveen Patnaik among other senior ministers were present at the event.

The draft policy, which has been put in the public domain, maintains that the State Government will create enabling environment and supporting eco-system to facilitate at least 1000 start ups during next five years. The policy will be notified after getting approval of the cabinet.

The state government will establish one or more start ups/innovation parks in Odisha as one-stop destination for start-ups, either on its own or in partnership with private sector.
The policy will encourage incubators including sector-specific ones aligning with the state’s strengths and requirements. The government will take steps to provide skill-based training to encourage youths to take up start-ups.
Besides, the policy will encourage all major companies operating out of Odisha to include skill and infrastructure development for start-ups as an integral component of their CSR activities. The CSR funds of state public sector undertakings (PSUs) will be channelised and utilised for development of start-ups/innovation parks in compliance with the Companies Act, 2013. The policy will remain in operation for five years from the date of its notification or until substituted by another policy, whichever is earlier. Official sources maintained that the policy will provide incentives and exemptions above the start-up policy of the Centre and any other existing policy in the state.
Realising the importance of quality infrastructure required for creating successful start-ups, the government will encourage creation of world-class incubators in universities/institutions, research and development and industry.
The government will encourage universities and educational institutions, which are in existence for at least five years and approved by state level implementation committee, to support and mentor innovators. Such approved institutions will be eligible for a one-time grants towards capital items upto `50 lakh to set up incubator facility.
The approved incubators will also be eligible for performance capital grant of `5 lakh for each successful start-up they incubate. Besides, approved industrial houses will be eligible for a performance capital grant of `5 lakh for each successful start-up they create.
The policy will be implemented by a two-tier government structure, a start-up council/State level implementation committee to headed by Chief Secretary and a task force-based review mechanism headed by the Secretary in Micro, Small and Medium Enterprise (MSME) Department.
Posted by editor-manu-sharma at 5:24 PM No comments: 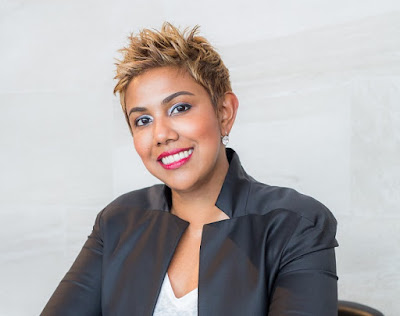 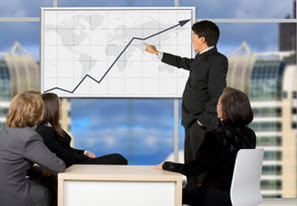 Riverbed Technology, the leader in application performance infrastructure, has appointed Uma Thana Balasingam as Vice President, Channels for Riverbed Asia Pacific and Japan (APJ). Balasingam, who will be based in Riverbed’s APJ headquarters in Singapore, will be responsible for defining the region’s go-to-market strategies including channel, service providers and alliances. As a key member of the leadership team, she will play an active role in shaping the company’s growth strategy in the region.

“Uma is coming onboard at a pivotal time in the growth of Riverbed’s business in APJ. We’ve made a rapid, significant shift to a platform-centric company, and our success in driving our total portfolio to the market relies so much on the channel. Helping our partners understand the benefits of building their own services on Riverbed solutions and ensuring they feel supported by our programs is critical to our business,” said Bjorn Engelhardt, Senior Vice President, Asia Pacific and Japan, Riverbed Technology. “Uma’s proven business and channel leadership, together with her deep understanding of the regional dynamics, will be a tremendous asset.”

A champion of personal development, Uma is also the founder of Lean In Women in Technology Asia, a nonprofit organization and online community dedicated to helping all women achieve their ambitions.

“It's an exciting time to be joining Riverbed with emerging technologies disrupting the status quo, new ways to engage and connect with customers, and entirely new routes to market changing the business landscape,” said Uma Thana Balasingam, Vice President, Channels, Asia Pacific and Japan at Riverbed. “I’m pleased to have the opportunity to help our partners make this shift through differentiated embedded solutions and services as well as new revenue and services opportunities. Riverbed’s disruptive SD-WAN, visibility and software-defined edge platforms, along with its continued leadership in WAN optimization, make it the ideal go-to-market partner in this dynamic market.”

Riverbed serves more than 27,000 customers globally, including 97% of the Fortune 100 and 98% of the Forbes Global 100. Its footprint in APJ covers the six markets of ASEAN, Australia & New Zealand, Greater China, India, Japan and Korea with a presence in 15 countries and a global network of 3,000 partners including technology partners, resellers, distributors, service providers, and integrators.
Posted by editor-manu-sharma at 5:13 PM No comments: 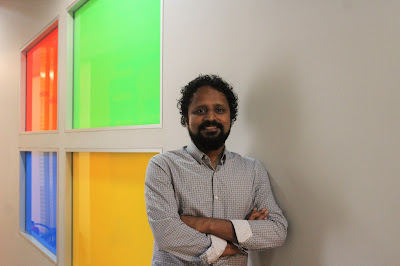 Bala will lead the Accelerator’s efforts to help market-ready startups and entrepreneurs to scale up and become successful businesses through the technology enablement, global go-to-market efforts and deep business advisory in the form of Hi-Po and Scale-Up programs. Prior to this, Bala was with Zinnov as Partner and Practice Head helping MNC RnD companies.

Ravi Narayan, in his new role as Global Director, will help Microsoft Accelerator in eight locations around the world to become market-ready, focused and accelerate these startups that have or will raise institutional funding from VCs. He will also focus on scaling the startup acceleration model through global partners.

Early last year, Microsoft Accelerator in India redesigned their programs to cater to market-ready startups. Since then, it has graduated three cohorts which include startups like iBot, CustomerXPs, Altizon, CloudCherry and Reverie Technologies. It has also formed partnerships with Temasek, TCS, Citi, Reliance Industries and other Multinational Corporates under its corporate engagement program #CoInnovate, to help the startups in their go-to-market efforts and global expansion.
Posted by editor-manu-sharma at 5:06 PM No comments: