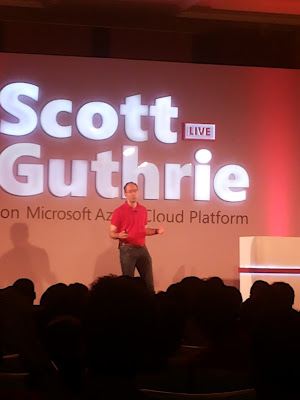 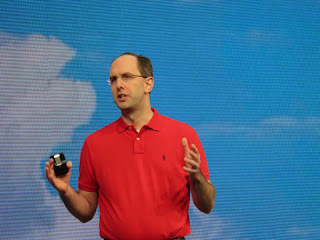 In addition to Microsoft Azure and Office 365, Microsoft also announced that Microsoft Dynamics CRM Online will also be available from India datacenters in the first half of 2016.

Speaking with the media in Bangalore today, Scott Guthrie, Executive Vice President, Microsoft Cloud and Enterprise Group, said, “Building an intelligent cloud is a key Microsoft strategy for global markets, including India. We deliver the most open, complete and secure enterprise-grade cloud services.  Services from local datacenters will open infinite computing capacity for Indian government departments, banks, telecom companies and enterprises or all sizes. This will help make Digital India a reality.”

Microsoft’s cloud services in India have grown over 100 percent in revenue in the past year, and the commitment to offer locally hosted Microsoft Azure, Office 365 and CRM Online will further accelerate this. Microsoft’s locally available cloud services will open opportunities for customers across many different segments and industries including banking, financial services and insurance (BFSI) companies, state-owned enterprises and government departments, to now adopt the public cloud. The services offered via the local datacenters will create new avenues for Microsoft India’s 10,000+ partner ecosystem, comprised of hosters, independent software vendors (ISVs), system integrators (SIs) and others.  It can open new possibilities in e-governance, financial inclusion, healthcare and education, and positively impact the lives of a billion people.
Posted by editor-manu-sharma at 5:42 PM No comments: 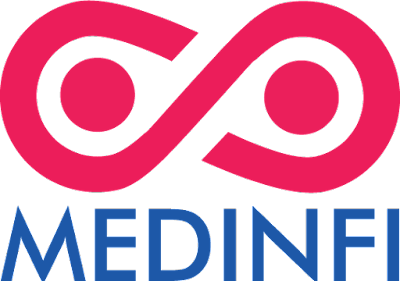 While the users can call the doctors and hospitals from the mobile application, Medinfi does not have any revenue tie-ups with either doctors or hospitals and thereby does not book appointments. The company wants to remain a pure-play content platform and would like to continue serving its users with genuine and verified content at all times.

Maria, 27, Software Developer said “I have recently shifted to Bengaluru and wanted to consult a dentist for regular dental check-up. Given my hectic work schedule, I never got time to really explore Malleshwaram area and look for a dentist. That’s when I came to know about Medinfi mobile application through which I easily found information on dental clinics near my home. Finally I am going to make that long pending visit to the dentist next week.”

Currently, the application is available for users in Bengaluru, Delhi, and Mumbai with information on 5000+ verified doctors and hospitals. The company plans to expand to 20 Indian cities by end of this year and hopes to become India’s largest content based healthcare platform by acquiring nearly one million users for its application. Medinfi mobile application has consistently received good feedback from its users and is currently rated 4.7 out of 5 on Google Play Store.
Posted by editor-manu-sharma at 2:23 PM No comments: 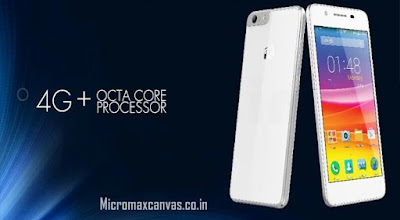 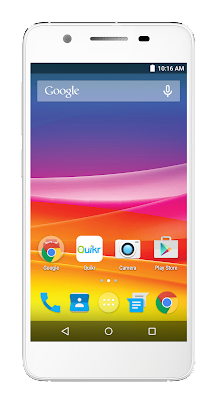 Disrupting the nascent 4G market with the best in class technology, Micromax has announced its endeavor to offer fast 4G LTE connectivity to the Indian consumers. To build on to the leadership position in the Indian smartphone market, the company launched its flagship product Canvas Knight 2, the first in the range of 4G smartphones and showcased its upcoming 4G range. The company has been consistently revolutionizing the 3G market since 2012 with the launch of some compelling affordable smartphones and aims to help the Indian consumers unlock the true potential of 4G with this new launch.

Commenting on the launch, Vineet Taneja, CEO, Micromax Informatics said,“India is at the cusp of digital revolution and we expect 4G technology to push internet usage to an unprecedented level. Consumer demand is constantly shifting towards devices offering multi-tasking capabilities, 24x7 data connectivity with increased video consumption and real-time mobility solutions. Smartphones always lead any such technology shift, much before full scale network rollouts are done by operators. In our estimate, 4G handsets already account for 15% of total smartphone shipments, up from 4% two quarters back. Installed base of 4G handsets is ~5 Mn compared to a 90Mn+ base of 3G smartphones. With the launch of our new device Canvas Knight 2, the first in the 4G range, we are looking at driving the next wave of internet evolution in the country. Over the next few months, we are all set to launch a series of 4G LTE enabled devices across a range of price points each addressing unique needs of the Indian consumer. Our popular series of Canvas Fire, Unite, Nitro will gradually move to 4G offerings. With a comprehensive portfolio of quality 4G LTE enabled devices, we are confident of propelling the next wave of mobile internet ecosystem in the country.”

Surfing on 4G networks is said to be atleast 5 times faster than 3G and enables the consumers to download movies, stream video and music, share photographs, surf internet and achieve much more out of their smartphones with great ease. The Canvas Knight 2 with its superfast 4G internet gives the consumers all the tools right at their fingertips to conquer the world be it your presentations or finding the perfect night stops. Heavy web downloading, hard-core gaming, high-quality premium video viewing without any lag ensures the users are on top of everything.

The device is a performance beast as one can push boundaries with 64-bit performance processing data at the speed of light. Power packed with a 1.5GHz Octa Core processor, the smartphone is perfect for multitasking and efficiently running applications of any kind. Do more things at once on the Canvas Knight 2 with its 2GB RAM that helps you speed things up and lets you access all applications, faster.

Completely dressed to kill, the device is a design marvel with a perfect amalgamation of Glass & Metal which is fortified with Corning Gorilla Glass 3 on both sides. Glass provides the premium & rich look to the product while the metal sandwiched between the glass on both sides makes the device sturdy and strong. Powered with Cirus Logic Wolfson Stereo WM8998, the smartphone promises the best in class experience for music aficionados and delivers clear, room-filling, deep sound.

Running on the latest Android Lollipop 5.0, the new device promises great benefits like optimized battery usage, improved application performance, refreshed notification system etc. to the neo users.  With a 5-inch Amoled HD Screen the device provides a 16.7 million colour depth, the display catches every colour in its brilliant and spectacular form. One can capture all their moments as perfect as they can be with a 13MP AF rear camera powered with Sony IMX214 CMOS sensor and LARGAN 5P lens. Taking selfies on the go is now even more remarkable with a 5MP FF front camera accompanied with Omnivison OV5648 and LARGAN 4P lens.

With 2G/3G/4G support on both dual SIM slots, one can manage personal and work calls with ease, with intelligent dual SIM features and detailed preferred network settings for each card. Nano SIM card slot can be replaced with the memory card to store more pictures, songs, videos etc

With the best buy price of Rs. 16,299, the Canvas Knight 2 comes with a free 4G SIM and an Airtel 4G Double Data offer which doubles the 4G data amount for any consumer activating the 4G SIM. The device will be available from June 10, 2015 across India.
Posted by editor-manu-sharma at 2:07 PM 2 comments: 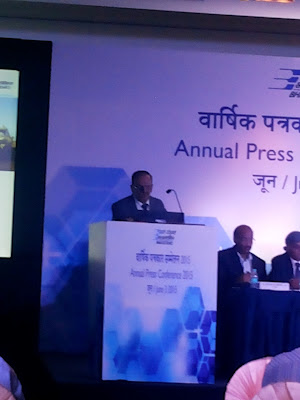 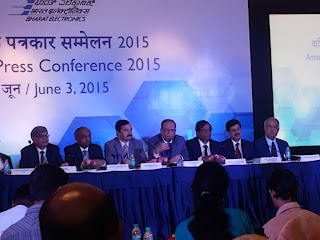 Bharat Electronics Limited, a leading defence PSU has been a major contributor to the three Indian armed forces. But off late, the Navaratna company will focus on the civilian sector for future growth.

Presently with over 80 percent of the projects coming from the defence sector, BEL plans to give equal amount of focus on the civilian sector as well. This was conveyed at the announcement of BEL’s 2014-15 results.

SK Sharma, CMD, BEL Ltd said, “Indigenisation will be its main focus area but it is also eyeing a bigger pie in civilian segment, as capacity enhancement is helping it achieve the targeted growth in the defence sector.”

“Indigenisation continues to be our main focus, we are very much part of the ‘Make in India’ programme," he adds.