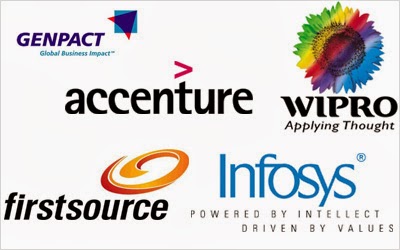 Infosys BPO, the business process outsourcing subsidiary of Infosys, today announced that Royal Philips of the Netherlands has extended its existing seven-year outsourcing agreement with Infosys for an additional five years.

Infosys BPO had originally entered into a seven-year contract with Royal Philips in July 2007 to provide finance and accounting (F&A) and transactional procurement services. It has now been extended till June 2019.
Posted by editor-manu-sharma at 9:43 PM No comments: 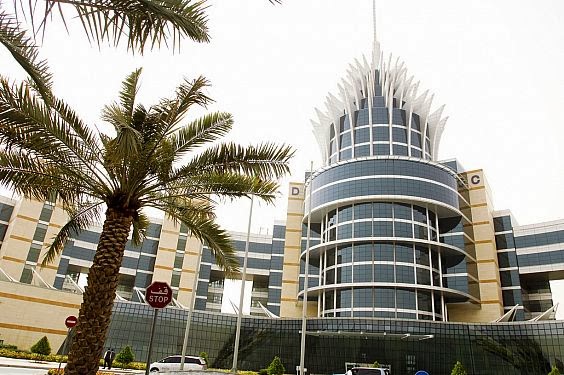 ITC Infotech, a leading global IT services and solutions company, and a fully owned subsidiary of ITC Ltd, has expanded its global footprint in the Middle East & Africa (MEA) region by setting up an office in Dubai. The sales and marketing office of ITC Infotech in Dubai will focus exclusively on the MEA market and look at tapping promising sectors like BFSI, Retail and Oil & Gas, among others.

Commenting on the development,  B Sumant, Managing Director, ITC Infotech, said, “Our objective is to be able to serve customers across the globe in all viable locations. ITC Infotech is engaged with several large customers in the region and we are providing mission critical services to leaders in the market. It was only appropriate that we open an office in the MEA region to consolidate and expand our presence.”

Said Vishal Kumar, Senior Vice President & Head of the MEA region, ITC Infotech, “We have been closely following this market and feel it is the opportune moment to set up a base here. This region offers immense opportunities in industries like Banking, Retail & Distribution, Manufacturing and Oil & Gas amongst others where we have unparalleled experience and expertise. This geographical expansion is a natural progression for us at ITC Infotech and we are confident of tapping the full potential of the MEA region. Our new office will also help us to work in close partnership with our existing customers in the region.”

With the global economy on the path of recovery, the overall business sentiment in the region seems positive. As the banking industry continues to grow, banks and financial institutions in the region are investing heavily in Information Technology and Analytics, Engineering Services in the Oil & Gas sector are also looking up again after a brief slump and the Retail & Airline industries are looking at increasing customer intimacy.

According to Gartner, in 2014, overall IT spending is projected to grow at 5.3%, with the services component growing at 3.7%. The region will witness similar growth rates in 2015 & 2016 also, indicating a steady & growing demand for IT services.
Posted by editor-manu-sharma at 6:56 PM No comments: 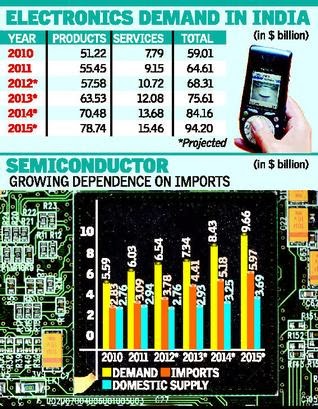 Commenting on this much needed approval, Amar Babu, President, MAIT said, “Considering the fact that more than 65 per cent of current demand for electronic products in India is met by imports, the recent policy initiatives of the government to set up fab manufacturing and semi-conductor units will transform the Indian electronics manufacturing sector and create opportunities for Electronic Design and Manufacturing (ESDM). It will cater to the domestic demand for hardware manufacturing and also act as an export hub. We at MAIT, hope that the consortiums chosen to set up fabrication units complete the projects in time. This development would also have a positive impact on our economy and generate employment besides sending right signals to the investors.”

The Cabinet has approved setting up of two semiconductor units entailing investments of Rs. 51,550 crore and will now prepare a detailed project report and has announced to issue a letter of intent to the participants.

Applauding this decision, Anwar Shirpurwala, Executive Director, MAIT, said, “India will play a vital role in facilitating the growth of electronics and semiconductor ecosystem. Recent approval given by the government to set up two semiconductor units with an investment of Rs 51,550 crore gains traction. This would begin an era in India to build technological capabilities, promote innovation and enhance manufacturing capabilities in India. Many members of MAIT have already set up manufacturing facilities and look for local source for the semiconductor ecosystem.”

Posted by editor-manu-sharma at 6:51 PM No comments: 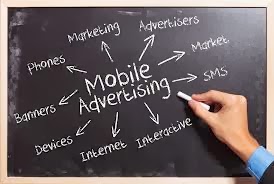 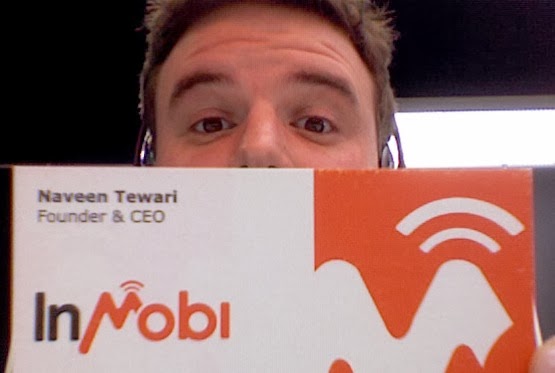 “According to IDC, smartphone shipments are expected to pass one billion for the first time in 2014. Mobile has become the foundation of peoples’ lives, it is now the preferred media platform—overtaking even TV—it is how people obtain necessary information for everyday life,” said Naveen Tewari, CEO, InMobi. “With this growing reliance on mobile devices, naturally, advertising budgets are following consumers. Five years ago, a brand that included mobile advertising in its portfolio was ahead of the curve. Today, if you’re not advertising on mobile, you risk losing an entire generation of consumers.”

Tewari continued, “Our platform processes 240 TB of data per day to make the best possible decisions to deliver the most relevant content to the user. Reaching consumers via mobile has become common, but providing the best user experience, including engaging ad formats, precise targeting, and delivering consistently relevant messaging, relies on the intelligent processing of big data and continued innovation.”

Posted by editor-manu-sharma at 5:40 PM No comments: 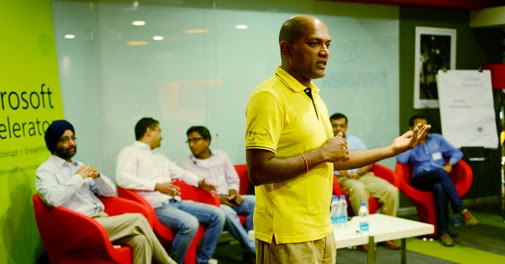 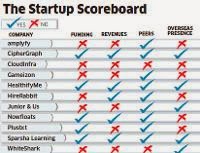 Microsoft Ventures in India has announced the final list of technology startups that will constitute the 2014 summer batch at the Microsoft Ventures Accelerator Program in India. The 16 startups are Appointy, App Virality, Bookpad, Boutline, Imly, InstaSafe, IntouchApp, Metaome, Sliderule, Voonik, MyBusTickets.in, Praxify, Thinxtream, Touchfone, ZingHR and Zoom. Six of these companies, namely MyBusTickets.in, Praxify, Thinxstream, Touchfone, ZingHR and Zoom, will constitute the newly launched Accelerator Plus Program, which is tailor made for startups that have customer traction and know their market fairly well, whose needs are vastly different from early stage companies.

Welcoming the fourth batch, Ravi Narayan, Director Microsoft Ventures, said, “The good thing about this batch is that most of these companies already have a certain amount of customer traction and the Accelerator Program is well positioned to step in and help them move ahead faster than they would have otherwise. We saw a lot of great applications this time around, which means the startup ecosystem is evolving rapidly. “

Explaining the rationale behind the Accelerator Plus Program, Narayan said: “This program is for more mature companies which are closer to VC funding.  Most of them have made significant progress, so much so that the startup ecosystem is taking their eyes off them. But we at Microsoft Ventures feel this is the time they need the most help, when from an investor standpoint they are getting ready to graduate into the mainstream. Microsoft Ventures is uniquely positioned with resources to help these companies to roll out products and raise serious capital to fund their growth.”

Microsoft Ventures in India partners with industry bodies to support the startup community and widen its reach. Four startups from the latest batch– Bookpad, Praxify, Imly and Boutline - were selected at events organized by one of our industry partners, NASSCOM.

The other participants in the batch came through applications received over two months. All applicants went through a rigorous selection process, culminating in face-to-face presentations to a panel of judges.

Bharati Jacob, Founder-Partner at Seedfund, who was on the panel, said: “It was a great mix of startups – some solving local problems which had global sized opportunities while others were global in nature. Most of the startups came up with original ideas, i.e. they weren’t “copy+paste” of an overseas idea. All teams came with tremendous energy and passion for their idea, which bodes well for the Indian ecosystem.”

Microsoft Ventures in India has graduated 35 startups since August 2012. About 80 per cent of these are funded and two graduates, Adepto and Plustxt, have been acquired.

Vijay Anand, founder, The Startup Centre, said: “Microsoft Ventures is steadily emerging as a key player in the Indian startup ecosystem – working closely by pooling its resources with other accelerators, incubators and other industry bodies with the goal to help startups. The Microsoft Ventures Accelerator Program gives us great insight into young and high potential teams that are building products; raring to go compete in the global marketplace."

Posted by editor-manu-sharma at 11:40 PM No comments: 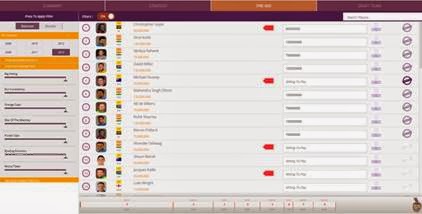 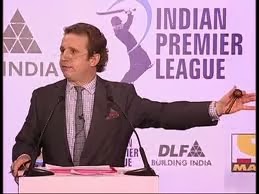 SAP Labs India and The Kolkata Knight Riders (KKR) has announced that the SAP HANA platform had been selected to develop an unprecedented statistical analysis tool that would assist KKR management during the auction happening in Bangalore on February 12, 2014. The real-time application, named SAP Auction Analytics will enable KKR to evaluate players based on multiple dimensions.

Developed using the principles of Design Thinking, SAP Auction Analytics leverages the predictive analytics capabilities of SAP HANA enabling KKR derive intelligence on the players to be featured in the auction. The platform provides significant insights based on various aspects of the players and a live dashboard of the performance of other teams during the bidding process. SAP Auction Analytics, capable of running on multiple devices, is custom developed for KKR. However its features are extensible and can be used by other teams.

“We constantly explore new ways and technologies to provide our players and management with the best set of tools to compete,” said Venky Mysore, MD and CEO, KKR. “SAP as a leader in providing innovative software solutions is an ideal partner to equip us with technology that can aid in effective decision making during the auction.”

“SAP is driving innovation in the sports and entertainment industry and is honored to partner with the Kolkata Knight Riders, one of the country’s premier cricketing franchises” said Anirban Dey, Managing Director, SAP Labs India. “SAP Auction Analytics will deliver significant competitive edge to KKR via real-time actionable insights that can make decision-making more efficient.”

Globally, a growing number of sports leagues, teams, and stadiums work with SAP to develop integrated business management solutions that help them run their businesses. The SAP for Sports & Entertainment solution portfolio helps the industry run better, from fans to athletes to teams and leagues.
Posted by editor-manu-sharma at 9:48 PM 3 comments: 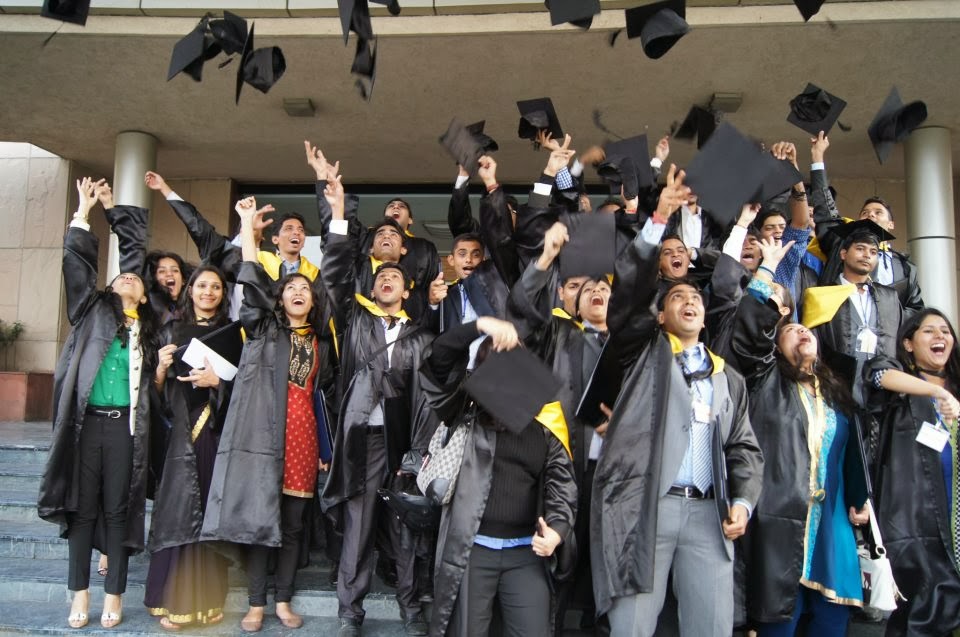 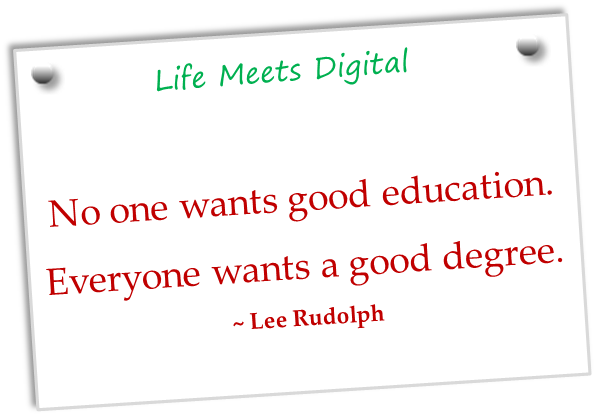 Tally Education Private Limited (TEPL) has announced the launch of Tally Institute of Learning, an education initiative that is envisioned to transform the vocational training landscape of the country. This franchise initiative of TEPL will commence from Feb 9, 2014 and student training will commence from April 1, 2014.

Tally’s education services are designed to empower the current and next generation of employees to contribute in greater measure to their work, even while finding personal success. The program offers a bouquet of courses for a student to choose from – ranging from 1-6 months – at the end of which the student is awarded with a verifiable certificate of course completion.

As part of the initiative, high quality training and placement centres will be set up across India in the name of Tally Institute of Learning (TIL). TIL is envisioned to deliver industry endorsed course content, scientifically designed teaching methodology, online assessment, certification and unmatched quality of placement assistance. Tally Education will also give online assistance to the students, franchisees and employers through their specialized job and student portal.

Commenting on the occasion, Tejas Goenka, Executive Director, Tally Solutions said; “At Tally we have focused on creating software products and services to propel the growth of millions of businesses across the country. In our journey we have realized there is a burning need across many small and medium businesses in the country to be able to continuously find trained and equipped individuals who can work with them to help drive their growth.”
Posted by editor-manu-sharma at 11:03 PM 1 comment: