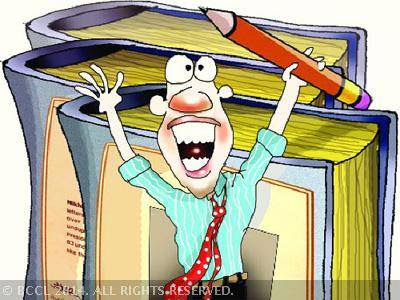 GMIC Bangalore, India’s major mobile conference, has announced the winners of their flagship startup competition, G-Startup.  HyperVerge, a Bay-area based startup, which uses deep learning to organize images emerged as winners at the competition. A global platform, G-Startup is emerging as one of the most prominent launch pads for innovative mobile startups to showcase their product, reach out to international investors and collaborate with peers and industry experts.
Launched for the first time in India, G-Startup saw competition from 120+ startups from across the world.The previous editions of G-Startup have been held in San Francisco and Beijing. Some of the previous winners and runner-ups at the competition include companies likeFleksy Keyboard and Open Garden, who’s product FireChat is a disruptive mobile communication platform that also works without a data plan and where there is no Internet connection or cellular phone coverage. Other big names that have participated in the G-Startup competition include Chinese cab giant DidiDache that recently merged with KuaidiDache to create one of the world's largest smartphone-based transport services valued upwards of $8.5 billion and Visual Lead, an Israeli QR Technology companywhich recently received strategic investment from Alibaba.
Speaking about winning at G-Startup India, Kedar Kulkarni, co-founder of HyperVerge said, “We are extremely excited to win the first ever G-Startup competition in India. GMIC being one of the biggest conferences in India has been a fantastic platform for us to showcase our product and gain visibility in the right circles. In fact, after coming to GMIC, we have already seen investment interest from atleast 3 groups from China. We now look forward to going to GMIC Beijing 2016 and compete with the rest of the winners from across the globe.”
The eminent jury for G-startup India consisted ofSasha Mirchandani, ‎Founder & Managing Director, Kae Capital, Amit Somani, Managing Partner, Prime Ventures and Hiro Mashita, Founder & Director, M&S Partners.
According to Amit of Prime Ventures and Hiro of M&S Partners, “It was a pleasure to be a part of the jury of the first edition of G-Startup. The quality of startups that displayed their products and the depth of research they had done was impressive to say the least. The G-Startup competition by GMIC provides an excellent opportunity for startups from India and China to collaborate and learn from each other. HyperVerge impressed us the most with the the deep technology expertise demonstrated by them. What got us even more excitedwas the fact that such differentiated mobile products are being created out of India”.
G-Startup’s platform has given several disruptive mobile startups international exposure. As part of the win, HyperVerge will get a round-trip airfare to Beijing for GMIC Beijing 2016, where they will be given a demo booth to showcase their product. With Beijing being among one of world mobile ecosystem’s key centers for innovation, GMIC organizers hope that HyperVerge would also get to collaborate with their global counterparts.
Talking about G-Startup, Gurpreet Singh, President, Asia, GMIC said "We are excited to bring our flagship startup competition to India after China and the U.S. Since 2010, G-Startup has emerged as a leading global platform to nurture and support startups. Startups that have gone through the platform have achieved wide-ranging success, from achieving billion-dollar valuations to being acquired by tech giants like Apple and Google. By bringing this platform to India, we wish to help and bring the same level of support and success to Indian startups."
GMIC brings together some of the most advanced and disruptive companies in the Mobile Internet Space. It hosts Mobile Executives, Entrepreneurs, Developers and Investors across global platforms to build partnerships, learn from industry thought leaders and study mobile technology trends. Some of the well-known names that were a part of GMIC include Sachin Bansal (Co-founder Flipkart), Naveen Tiwari (CEO, Inmobi), Kunal Shah (CEO, Freecharge) Fu Sheng (CEO Cheetah Mobile), Li Tao (CEO, APUS Group) and Vijay Shekhar Sharma (CEO, Paytm), among others.
Posted by editor-manu-sharma at 9:33 PM No comments: