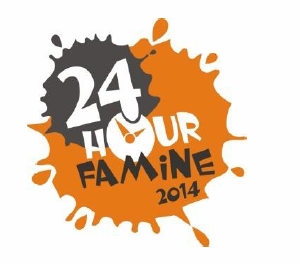 In an effort to raise awareness on the extent of malnutrition among children below the age of 5, World Vision India, in association with Youth Ki Awaaz, announced the launch of a blog-a-thon contest on hunger today.

Hunger is an endemic issue across the nation, with India being home to a quarter of the world’s underweight children under the age of 5. To this day, 40% of the population is malnourished – a decrease of only 10% in the last three decades. Every year, around 6.6 million children die of preventable diseases in the world, 60% of which is due to hunger and malnutrition. From stunted children to undernourished farmers who go hungry every night, hunger remains a menace for which a solution is urgently called for.

The one-of-a-kind blog-a-thon launched today aims at stirring up a conversation around hunger by harnessing the power of blogs. Participants can stage a post, a video, an article, a poem, a doodle or even a photo story on the theme of “Hunger is…”  They can also use personal narratives of how they have seen hunger around them or build an entirely new story.

“Hunger is a structural issue that needs active attention and we need to refocus the nation on this very intrinsic problem,” said Dr Jayakumar Christian, CEO, World Vision India. “With the blog-a-thon, we hope to use social media, and blogs specifically, to spread awareness among the large number of socially conscious youth in the country. These are highly active, very creative people who are starting to drive the call for change in our country and their participation, be it through fictional accounts or fact-based articles, can help bring hunger back into the spotlight and move our society closer to a better understanding of its causes and possible solutions.”

The blog-a-thon is the latest step taken by World Vision India as part of its 24 Hour Famine, a campaign targeted at addressing issues of hunger and malnutrition that severely impact the lives of children, especially those under the age of 5.

“Untimely deaths, chronic diseases and a massive loss in the nation’s productivity should not be reduced to mere statistics worthy only for repetition in political narratives, but needs to become an integral topic of thought” said Dr Jayakumar. “It is high time we discuss hunger as not just an economic but a social problem, which spreads due to the callous attitude meted out to it. The way to end hunger lies with spreading awareness and campaigns such as the 24 Hour Famine is designed to kick start such conversations and drive home to the nation the fact that for a wide majority of Indians, sleeping after a filling meal is but a dream.”

The World Vision India blog-a-thon on Youth Ki Awaaz is now officially open and will run till 20th September. Participants can submit their entries at http://www.youthkiawaaz.com/hungeris/ . The best blog entry will receive a MOTO E mobile phone as a token of appreciation.

Conducted in 7 cities across the nation – Chennai, Delhi, Mumbai, Bangalore, Hyderabad, Kolkata and Guwahati – the 24 Hour Famine consists of events from art exhibitions to literary and cultural competitions driven by local communities, school children as well as civil and public officials to drive home the message. It hopes to engage the public and youth from ages of 13–30 on the problems faced by children due to malnourishment.

More information on the 24 Hour Famine campaign can be found at http://www.24hourfamine.in/.
Posted by editor-manu-sharma at 5:23 PM No comments: 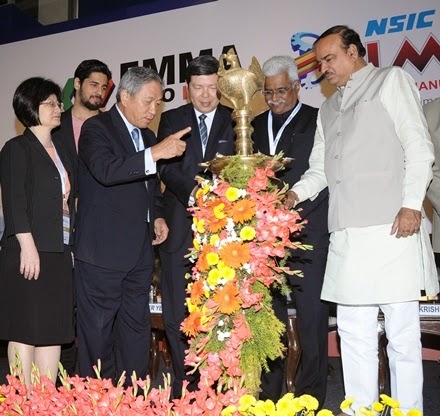 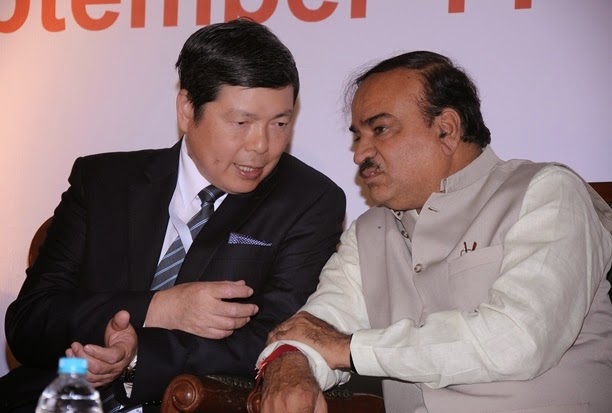 Taiwan’s latest concept exhibition coupled with IMS will draw more than 7,000 business professionals from India, Bangladesh, United States and other neighboring countries. On-site and after show business opportunities are expected to surpass US$24 billion. By bringing business opportunities up to US$ 24 million, the show will build upon its last success where it generated US$ 12.4 million.

Speaking at the EMMA EXPO INDIA 2014 Opening Ceremony, Walter Yeh, Executive Vice President, Taipei World Trade Center Co. Ltd, said, “It gives me pleasure to welcome you on behalf of the Taipei World Trade Center to the opening ceremony of 2014 EMMA Expo India. Beginning in 2007, EMMA has grown through the years to become a comprehensive platform for commercial exchanges between Taiwan and India. With each year, a growing number of Taiwan firms join the Expo to explore business opportunities in the Indian market. We are grateful to the Ministry of Commerce and Industry, Govt. of India and to our strategic partner, the India Manufacturing Show and our co-organizers, the Taiwan Electrical and Electronic Manufacturers’ Association, the Taiwan Association of Machinery Industry and the Taiwan Transportation Vehicle Manufacturers Association for making the 8th edition possible.”

Visitors can benefit by benchmarking product features of different makes, interacting about their requirements with technical heads, and negotiating deals with chief executives. Moreover, two seminars hosted by FICCI (Federation of Indian Chambers of Commerce and Industry) on Sept 12 at 11 am and ELCINA (Electronic Industries Association of India) will give visitors a fresh insight into the latest incentives on investment in India the same day(Sep 12) at 2:50 pm.
Posted by editor-manu-sharma at 5:19 PM No comments: 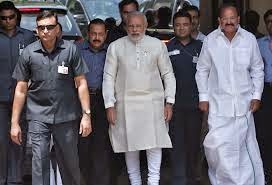 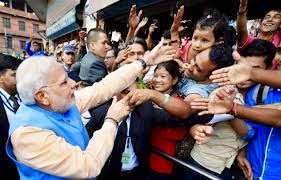 Zinnov has released a report post the completion of 100 days by the Modi government. The 5 “Growth Levers” identified in the report present a massive potential opportunity for the technology MNCs. The investment in technology for the year 2014-15 is an estimated US$26 billion comprising of investment in digitization, infrastructural improvements, push for manufacturing and technology in healthcare & agriculture.
There is a sizable opportunity for technology MNCs to target considering the scope of investment in digitization across government functions. The new Government plans to take digitalization to the next level by implementing the digitalization of agriculture & PDS data, enabling e-governance & m-governance, facilitating the National Rural Internet and Technology Mission, using IT for real time information gathering, and the digitization of all government files. In the past, The Government has engaged multiple MNCs such as IBM, HP and Cisco for digitization projects

The 5 Growth Levers - Digital India, India as the Innovation Hub, Next Gen Infrastructure, Enhance Ease of Doing Business, and Revive Manufacturing - will be executed by a focus on 3S – skill, scale and speed propelled by technology. With 70% of the population below the age of 35, India has an enormous Talent Pool that needs to be empowered . E-education for widespread skill development and setting up vocational training centers in field of IT and manufacturing are required to enhance the skill set. It is also important to eliminate tardiness in decision making & policy implementation and to leverage technology for real time analytics across industries such as PDS, agriculture & transport etc

Modi’s governance model has a proven track record of being decisive, reform-oriented and business-friendly. The unprecedented mandate and the positive track record have instilled hope for an economic turnaround in citizens and investors.

Government has defined a 3-pronged strategy to make India an innovation hub. Firstly through enabling skills by the establishment of more premier institutes such as IITs and IIMs and the development of  innovation accelerators supported by  innovation infrastructure. An innovative ecosystem fosters high quality research. Secondly, giving proximity to customers will accelerate and improve India centric product development. And finally, innovative ecosystem will also allow joint R&D efforts across industries for accentuated product development. MNCs have been leveraging the Indian innovation ecosystem to develop products for the Indian customers.

So far, Technology MNCs have played a crucial role in the establishment of next generation infrastructure. The Indian government plans to invest USD 11 billion in the key focus areas to drive the next wave of technology-backed infrastructure growth. The key focus is to create national optical-fibre networks and to build 100 smart cities with high-speed digital highways along with national solar missions and national gas grids.

Government has planned for simpler and well defined tax policies to aid businesses. Expected introduction of Goods & Services Tax (GST) and Direct Tax Code (DTC) by BJP government will not only simplify and lower taxes, broaden collection and spark spending but will also remove complexities and bring stability to the economy by increasing investments, creating jobs and boosting exports.

India is already home to the most prestigious manufacturing companies globally like-Bajaj, Hindalco, Reliance, Suzlon, Hero and Grasim. Modi’s government also aims to crank up the share of manufacturing in India’s Gross Domestic Product and to help India transform into a global hub for manufacturing. The Indian Manufacturing Industry presents a US$8 billion opportunity for the ICT sector by 2017. This is only possible when the Government’s push for manufacturing is backed by increasing adoption of IT and increasing relevance of IoT in manufacturing.

“The stage is all set to create long term sustainable growth and reposition India on the global map with strategies like minimum government, maximum governance; empowering the poor; digital India and relationship building with Asian nations.” said Praveen Bhadada, Senior Director, Zinnov.
Posted by editor-manu-sharma at 5:16 PM No comments: 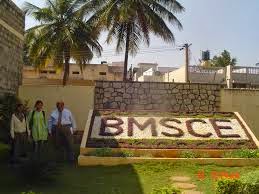 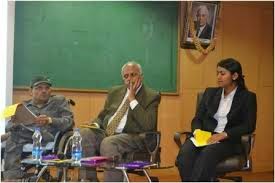 Following the global launch of the Student Entrepreneurship Program of SAP University Alliances earlier this year, SAP introduced the initiative in India at the BMS College of Engineering (BMSCE) in Bangalore. The program encourages student entrepreneurs and early start-ups to use SAP’s technology platform to develop new applications and launch successful start-up ventures.

SAP introduced the program at BMSCE on Thursday, on the occasion of SAP APJ President Adaire Fox-Martin’s visit to the campus to address students on entrepreneurship. Under this program, it is expected that there will be development of new solutions across SAP’s platform technologies, leveraging on the company’s in-memory platform SAP HANA, the SAP Mobile Platform, and analytics capabilities. Through BMSCE and the Student Entrepreneurship Program, students of the institute will gain access to these technologies, SAP experts, mentors, and an entrepreneurship curriculum.”

“SAP has been helping customers run better in the fast-growing APJ region for the last 25 years. Our presence has spurred the development of a diverse ecosystem of IT companies both in India and within the larger APJ market,” said Adaire Fox-Martin, President, SAP APJ. “We are pleased to work with BMSCE to launch the Student Entrepreneurship Program of SAP in India and promote technology entrepreneurship among their students.”

“Blessed with smart students, a diligent and result oriented staff, the challenge for BMSCE is to nurture students to learn the art of delivering swift and accurate engineering solutions expected by the industry. With solutions and mentoring from SAP, our students are poised to learn and adapt themselves to the constantly changing scenarios posed by the industry.” said Dr. Ravishankar, Dean, Placements, BMS College of Engineering.

The SAP University Alliances program opens up the world of SAP to more than 1,800 universities in more than 80 countries worldwide, and aims to develop highly qualified graduates with critical skills for the 21st century workforce. Through a community of over 8,000 faculty members as well as engagement at over 750 events annually, SAP University Alliances has inspired students around the world about SAP.
Posted by editor-manu-sharma at 5:12 PM No comments: