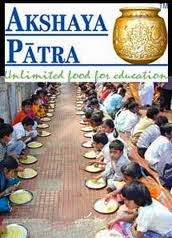 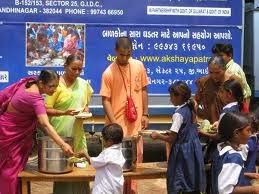 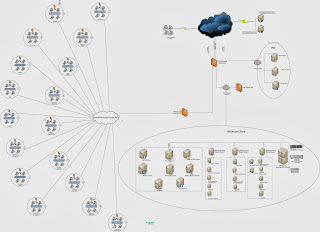 The world has enough food for everyone, but millions of children still face hunger and malnutrition in India. Akshaya Patra Foundation, a NGO providing hot, nutritious freshly cooked classroom lunches for underprivileged children in India runs the world’s largest midday meal programme. The journey began in Bangalore in 2000, by feeding 1500 children in schools and today has grown into a huge organization providing lunch for nearly 1.3 million (per the school enrollment data) underprivileged children in eight states from 18 kitchens. The NGO plans to reach 5 million such children by 2020 expand through out India.

Due to lack of information and control the need for Information Technology (IT) within the organization was first felt as early as in 2006-07. During the same period  Akshaya Patra that had only 5-6 centres cum kitchens grew by adding 10-14 new centres over the years at the rate of 3-4 new centres each year.
Initially the NGO had only accounts and financial reporting that were centralized and done out of the head office in Bangalore. It made use of Tally software for accounting until March 2011. “However, we felt there was no real-time availability of data and had no standardized way of recording data either. And besides there was no common platform for distribution, collaboration, and sharing of information was bare minimum and employees were working in silos. Since the information was not accurate so a sense of discomfort was felt by the high reps at the head office,“ said Shridhar Venkat, Executive Director, Akshaya Patra.

The IT wave within the organization happened in 2009-10, when Akshaya Patra started to look and shop for adequate software. A major beak-through happened when they implemented the Microsoft Dynamics AX2009 (ERP)among other equipments. In fact, Microsoft Dynamics AX is the complete ERP solution for enterprises that provides a purpose-built foundation across the organization, along with comprehensive, core ERP functionality for financial, human resources and operations management.
The NGO has positioned the ERP project in three phases. In the Phase I, they stated off with finance, purchase and stores which is up and live from April 1, 2011. While Phase II will cover payroll, production, distribution, maintenance and quality that will be completed and up by June, 2012. The final Phase III will cover HR, projects, CRM, business intelligence (BI) etc that will be completed and up by April 2013. The ERP is being implemented by Microsoft Dynamics Gold partner Affordable Business Solutions, Bangalore.
In fact, the ERP has today 230 users across 19 centres and expected to grow to 1000 by 2012-13 with new modules says, Vinay Kumar, Head ERP, Akshaya Patra Foundation.
Since 2011, Reliance Communications via MPLS lines has linked all the centres through a private Wide Area Networks (WANs). “Reliance is our preferred service provider for data, Internet, leased line and voice (mobile). Almost all the centres are today linked and up running. Even our ERP runs on this network,” says Harsha E, former IT Manager, Akshaya Patra Foundation.

With the end of Phase 1 of ERP, the NGO has noticed reduction the errors in various systems by about 25% today despite being utilized in three separate phases. But it is a move towards a standardized operating environment looking at the same data.
Despite being in the initial stage, the NGO was able to develop a lot of user and training manuals in-house to help read and understand EPR and other technologies better.
Besides no repository of the report required for each function to perform smoothly that was discovered during the implementation stage. It has only settled down now on the  reports. In fact, the first six months was a big struggle, signs Kumar.

Some of the business benefits with the ERP running in phase II stage has helped to standardize on procedures like accounting, finance etc. It has also helped in  consolidation was one of the biggest challenges. Also since everyone connects at the same time so able to get real-time data benefits unlike earlier besides it has cut down on travel and also on communication costs.
“The best thing that has happened by installation of ERP is everyone from our top management, auditors (KPMG)and our CFO are all happy since every thing done is more timely and accurately. All counts on the ERP database now,” remarks Kumar.
Since every one talks about 'Green' today, we were able to get system-based approval rather than the earlier manual-based approach. So though this green approach helped in reduction of paper and time, says Kumar.

Akshaya Patra with the full implementation of the ERP platform will be able to get 100% of benefits in terms of data availability, accuracy and transparency.
As the NGO has no plans to increase the strength of the IT staff, it has plans to move entirely to the cloud and mobile  platforms in the coming years.
They also have plans of opting for central procurement using a e-platform to help do a lot of research on the season to buy, location, state etc. Also on the cost of operations/spending and so dependent on ERP Analytics coming up for procurement. “So it would be complete database decisions by 2013 by integrating exchange server with ERP on real-time basis. We also would be going in for trading on the commodity exchange – MCX, NCDEX through Food Corporation Of India on items like oils, dal, rice, wheat, sugar, jaggery and spices etc,” remarks Vinay.  “Akshaya Patra as an NGO is a pioneer in the use of IT in the real sense for maximum impact. It is definitely a pointer to how other NGOs can do the same to maximize operations and exploit the potential of IT to better their programmes. Akshaya Patra can be looked at as a best practice NGO for the use of IT.” concludes Mohandas Pai, Trustee, The Akshaya Patra Foundation.
Posted by editor-manu-sharma at 5:05 PM No comments: