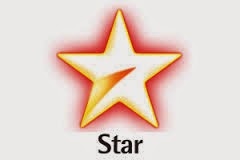 Intending to spark a billion imaginations,  Star India, one of India’s leading entertainment broadcasters, selected Accenture to help develop, launch and deliver its over-the-air programming to India’s online, digitally-enabled consumers on almost any mobile device. Called hotstar, the innovative service debuted on January 7 through Star India’s wholly owned subsidiary, and when fully deployed will be available to India’s entire population.

The innovative hotstar service, built on the Accenture Video Solution (AVS) software platform, will be funded primarily through advertising, using the platform’s new digital advertising functions. Taking advantage of a fully cloud-based infrastructure, hotstar will be able to serve the entire country with a catalogue of more than 45,000 movies and television series.

Accenture helped Star India develop and launch the online video service to establish India’s largest online entertainment destination by building on a “mobile first” strategy. Leveraging AVS, Star can deliver broadcast-quality content to consumers on a wide variety of devices over Wi-Fi, 4G, 3G and 2G networks, including those with limited bandwidth resources such as 2G feature phones.

“With hotstar, our ambition is nothing less than the establishment of a whole new model for on demand video consumption in the world,” said Sanjay Gupta, Star India COO.  “We will drive dramatic innovation on this platform with benefits for both users and advertisers. Accenture has been a valuable partner in this effort. They are walking side by side with us in creating this compelling platform, bringing the best of their product and technology expertise to the table. Together, we will establish compelling new benchmarks in the Over the Top space.”

In addition to service delivery, Accenture is managing the hotstar operations around the clock utilizing the client’s on-site team in Hyderabad and Accenture’s Global Video Operations Center in the Philippines. The service supports more than 7,000 different digital devices with its mobile-friendly platform, which delivers video streaming and downloads in any of India’s urban and suburban areas. The powerful AVS analytics engine will also provide Star with the capability to predict and help drive user behaviors with personalized content recommendations.

Last Feb. 15, hotstar, along with starsports, its digital platform counterpart, served more than 25 million video views during an Indian-Pakistan cricket match to make it the most watched sports event online of all time.

“By creating a digital video service available on multiple screens, Star has secured its status as India’s most advanced next-generation content provider,” said Ashish Khanna, managing director for Accenture’s Communications, Media & Technology operating group in India. “It is one of the first services globally to offer entertainment, movies and sports on a single platform for free while enabling new consumption models. This provides consumers access to a rich catalogue of content delivered online with interactive advertising formats that provide multiple opportunities for content monetization by Star’s advertisers and we’re excited to be Star’s delivery partner.”
Posted by editor-manu-sharma at 10:02 PM No comments: 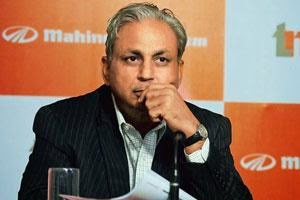 Speaking on the occasion, BVR Mohan Reddy, Chairman, NASSCOM, and Founder & Executive Chairman, Cyient Ltd. said, “It is truly a great honor to be the Chairman of NASSCOM. We are in the middle of exciting times with the IT industry gaining maturity, several technology disruptions, and the Government’s intent to deploy more IT for betterment of society and economy. We have many opportunities and challenges ahead of us. The work done by NASSCOM membership in innovation and transformation can be well used to build a digitally empowered nation. I look forward to continued involvement from our membership to accelerate momentum on all initiatives at NASSCOM.”

“I am grateful that this responsibility comes on the thrones of a significant Digital storm that is reshaping the global marketplace, necessitating IT investments in every function to remain competitive and relevant. The political stability in India combined with game-changing initiatives such as Digital India, Smart Cities, Make in India are opening up unprecedented opportunities for the industry to contribute and benefit from the growth momentum. The spurt in product start-ups and the investment climate are reflective of this renewed confidence. I look forward to working with the NASSCOM Executive Council on catalysing Innovation and Transformation,” said CP Gurnani, Vice-Chairman, NASSCOM.

R. Chandrasekaran, Former Chairman, NASSCOM said, “I have been fortunate to have had the opportunity to work with NASSCOM and contribute in aligning the industry focus with the government’s vision during the last year. It has been heartening to note that the IT-BPM sector has played an important role in achieving the envisioned scale of the Skill India, Digital India and Make in India programmes. It has been a great opportunity to lead the industry as Chairman of NASSCOM. I am really hopeful for the industry with NASSCOM playing a critical role in evangelizing and leveraging newer opportunities for the sector.”

Posted by editor-manu-sharma at 9:56 PM No comments: 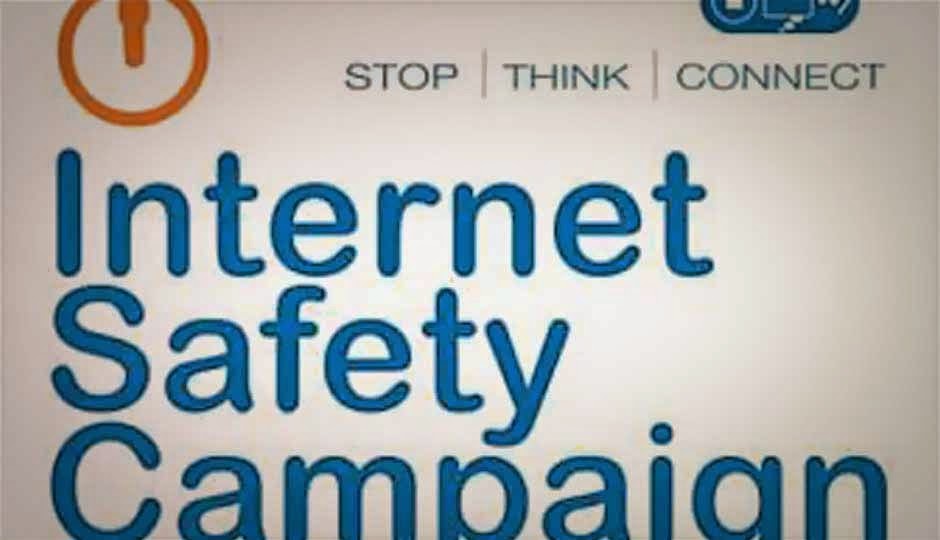 The training material is created as a standardized curriculum to train police officers in a five day program through DSCI Cyber Labs. The curriculum focuses on the latest developments in technological and legal aspects of cybercrime investigation. The resource material will take police officers through theoretical aspects which include appreciation of cyber forensics tools and technologies used in investigations. It further seeks to acquaint them with not only hardware but also with concepts like data logs, email headers, mobile forensics and social engineering attacks including phishing and identity theft.

In addition to the inauguration and release, there were active discussions on the need of Standard Operating Procedures (SOPs) for cybercrime investigation and elaboration on the need for Corporate and Digital Forensics.

At the inauguration, G.K Pillai quoted, “A recent study released by Global Network Initiative (GNI)– ‘Data Beyond Borders – Mutual Legal Assistance in the Internet Age’ is not only outdated and inefficient, but also opaque and incomplete and it is therefore necessary to reform the Mutual Legal Assistance (MLA) process.” He added, “India too anticipate a rise in cybercrimes as it moves towards a digital economy and hence, it is vital to build legal and Law Enforcement Agencies (LEAs) capabilities in the country to curb them. Indian LEAs must keep pace with technology by partnering with the industry to enhance their skills and in this, a consultative and collaborative approach as shown by the release of Level 2 of the DSCI Cybercrime Investigation Training Material, will be imperative.”

Kamlesh Bajaj, CEO, DSCI, focusing on DSCI work on bringing cyber forensics to the mainstream in the country, stated, “One of the first tasks DSCI undertook after the establishment was the transfer of cyber labs from NASSCOM. Since then, over 45,000 personnel from law enforcement agencies have been trained. In this regard, our publications such as the cybercrime training material Level-1 released in 2011, handbook on cybercrime Investigation procedures, in 2013 and the cybercrime training material Level-2 now, have played an integral role in guiding cybercrime investigations.”

Commending efforts by DSCI in capacity building of LEAs to better handle cybercrimes, Mr. R Chandrashekhar, President NASSCOM said, “While cybercrimes affect security and rights of individuals, they also strengthen transnational criminal organizations and risk critical information infrastructure on which societies depend and undermine the security and trust necessary to harvest benefits of ICT.” While underling the importance of building capacities of law enforcement, he said “Capacity building – including resource mobilization, training and sharing of best practices are essential for enabling the law enforcement capacities in dealing with technical investigations.” He added “here, public education and awareness become essential elements to prevent cybercrimes”.

The pervasiveness of Information and Communication Technologies (ICTs) has resulted in an upsurge in frequency and severity of cyber-attacks targeted on industry, government and civil society. The sophistication of the cyberattacks has led to highly motivated advanced persistent threats that render conventional investigation techniques inadequate. With the Internet becoming the single largest data source for information collection and intelligence, due to publicly available online data, the criminal justice ecosystem needs constant up gradation of its capabilities in handling cybercrimes.

NASSCOM and Data Security Council of India (DSCI) have played a major role in the building capabilities to combat cybercrimes. DSCI-NSAACOM through its Cyber Labs operational in seven cities in India, train police officers in cyber forensics, which includes gathering appropriate evidence and presenting it in a manner that is acceptable to courts of law. As part of the initiative, the DSCI Cybercrime Investigation Training Material greatly adds to the capacity building of cybercrime investigators.
Posted by editor-manu-sharma at 8:34 PM No comments: 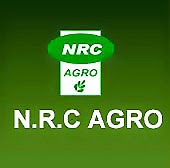 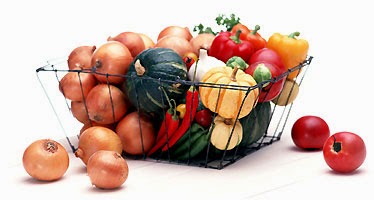 NRC Agro, one of the leading vegetables’ suppliers in Chennai, today announced the automation of all its business operations using the Tally.ERP 9 software package from Tally Solutions Pvt. Limited (TSPL). The company is now covering a range of operations, from account and inventory management to tracking all areas of outstanding and product movement with greater accuracy, using Tally.ERP 9.

NRC Agro, which first implemented Tally in 1991, has been significantly expanding its operational efficiencies over the years with the implementation of all subsequent product enhancement releases of the Tally software. With the company’s expanding business, there was a requirement for greater automation in operations, better speed in data processing, along with higher levels of concurrency in data entry and accurate profitability analysis.

In 2013, after implementing  Tally.Server 9 upon the existing Tally.ERP 9 architecture, the company has been getting 100% accurate and real-time Management Information System (MIS) when handling up to 60 Metric Ton (MT) of quantity per day. The company now handles 50% more volume of data in peak hours, with greater concurrency and agility. This has in turn helped the company to report the real-time average rate per kg to farmers for their respective lots/vegetables.

“Earlier all our financial accounting functions were done manually which was leading to poor speed and inconsistencies in operations. This prompted us to move to Tally. The simplicity of the software made it extremely easy for our existing accountants to quickly learn and implement Tally. Most of our employees have a basic educational background, but are well-versed in Tally now,” says Ram Mohan, Owner – NRC Agro. “Also, the recent decision to adopt Tally.Server 9, has been helping us achieve the desired results.” he further added.

NRC Agro, is one of the earliest adopters of accounting software in their line of business. It now boasts of a robust IT infrastructure, and claims that the right technology implementation has been one of the major reasons behind the company’s current annual turnover of 35 crore.
Posted by editor-manu-sharma at 8:31 PM No comments: 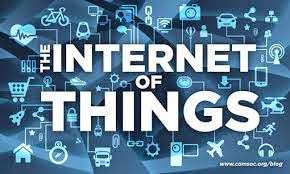 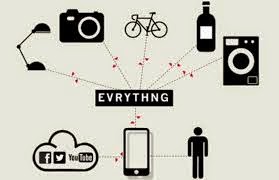 "We are honored to be a part of the 2015 Connected World awards for solutions such as Airo Wireless and SOLARKIOSK," said Juan Carlos Lazcano, Vice President of M2M and IoT for North America at Gemalto. "Gemalto and its customers are at the forefront of M2M and IoT innovation delivering reliable and secure connectivity across utilities and power markets ultimately unleashing the power of the Internet of Things to improve the way we live and work.
"Smart energy. Mobile testing.  Fleet tracking. Risk management. These are just a few of the ways the companies are capitalizing on connected technology to improve business processes," says Peggy Smedley, editorial director, Connected World magazine. "The 2015 Connected World Awards winners are leveraging the Internet of Things to transform the technology landscape."
Posted by editor-manu-sharma at 8:25 PM No comments: