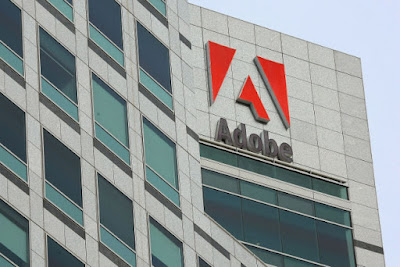 Adobe has released the findings of its ‘Work in Progress’ report, revealing that Indian office workers are overall the most positive and flexible workforce, when compared to those surveyed in USA and UK. The findings reveal that a surprising 83 percent of Indian office workers love their jobs, and access to cutting-edge technology emerged as the top contributor to their overall satisfaction, above perks like food and slick office design. Not only did the majority of respondents report loving their jobs, but 98 percent confirmed that they would keep working even if they won the lottery, despite the fact that almost half of them (44 percent) acknowledged feeling overwhelmed. Although important, pay isn’t everything: nearly half of Indian workers would choose to move to their “ideal” job, even for less pay. The report, “Work in Progress” surveyed more than 500 Indian office workers who use computers daily as part of their jobs, on their attitudes about work and the future of technology in the workplace.

According to the report, “Moonlighting” has become mainstream, with more than one in two workers in India holding one or more jobs in addition to their primary profession. Those that report holding an additional job, say that gaining new skills (other than additional income) is the primary reason to moonlight in India. 68 percent of the Indian respondents predict that multiple jobs will be the norm in the future.

Respondents say that technology, more than other flashier perks, is the most important factor in keeping them happy at work (89 percent). Access to state-of-the-art technology that helps people get their jobs done ranks slightly higher than access to food and beverages (87 percent), a beautiful office design (86 percent) and on-site amenities (73 percent).  93 percent of Indian office workers believe that technology makes them more productive. Employees who said their company’s technology is “ahead of the curve” feel more creative, motivated and valued than those who say their company is “behind the times.” Yet only 30 percent employers are viewed as “ahead of the curve” when it comes to technology.

“With a changing work–life pattern, rapid influx of millennials into the workforce, and rising employee aspirations, workforce expectations and priorities in India are evolving dramatically. In addition to offering fun perks, employers should also focus on ensuring their people have access to technology that helps them be more productive. In turn, this inspires employees and makes them feel appreciated,” said Abdul Jaleel, Vice President, People Resources India, Adobe. “We have seen that investing in employee motivation provides great returns in the form of a happy and creative workforce and goes a long way in attracting and retaining top talent.”

Highlights of findings from Indian respondents include:
Tech Is the New Perk
·         Almost all respondents (91%) said that technology that helps them connect to colleagues more efficiently is an important part of their ideal workspace.
·         Similarly, workers believe that technology makes them more productive (93%), improves work-life balance (83%) and makes their workday better and easier (91%).
·         Workers predict that over half (61%) of the menial office tasks will be done by a machine or technology in the next 20 years.

No Really, People Love to Work
·         Almost three-quarters (74%) of the respondents said they would rather work long hours doing the work they love, than shorter hours doing work they don’t enjoy.
·         84% of waking hours on a workday are spent actively working or thinking about work, and 63% of waking hours on a typical day off are spent working or thinking about work.
·         The survey indicates that Indian workers are very invested in their work life. A large majority (85%) said that work defines who they are.
·         While the need for money to support themselves (86%) and their lifestyles (77%) plays a major role in why they work, workers also consider recognition of their success very important (80%). Making an impact on their society or community was also a very significant factor (67%).

In Search of the Ideal Job
·         A majority of Indian workers (68%) predict that most people will have multiple jobs in the future.
·         Other than money, gaining new skills is the number one reason moonlighters in India have a second job. However, moonlighters are more likely to be overwhelmed (47%) and disconnected (16%) than non-moonlighters (39% and 8%, respectively).
·         68% of Indian office workers say they’re likely to leave their job for a new opportunity, and even among the respondents who say they love their job, well over half of them (65%) would make the switch.
Posted by editor-manu-sharma at 5:02 PM No comments: 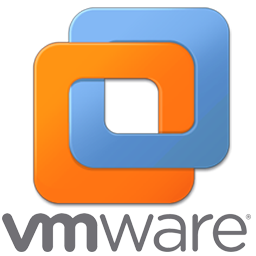 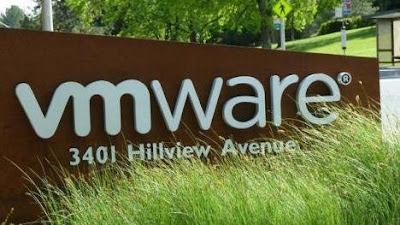 VMware, Inc., the global leader in virtualization and cloud infrastructure, today announced the intention to acquire Arkin Net, a leader in software-defined data center security and operations. Financial details of the transaction were not disclosed. The transaction is expected to close in Q2 2016.

Organizations globally are adopting a software-defined data center (SDDC) architecture based on VMware virtualized infrastructure and management to deliver automation, security and continuity for applications. SDDC breaks down the barriers between traditionally disparate domains of compute, networking and storage. This evolution requires an operational model that delivers cross-silo visibility and collaboration. With the acquisition of Arkin, and through the integration of VMware vRealize Suite, cloud management teams will have access to a new generation of planning, troubleshooting and automation platform that provide visibility and control across the entire data center environment.

VMware NSX network virtualization is being widely adopted in large scale production deployments as part of the SDDC where cross-silo visibility and collaboration is critical. Identified by Gartner in “Cool Vendors in Enterprise Networking, 2016,” Arkin is purpose-built for NSX environments. The Arkin platform provides insights into the datacenter traffic flows via a pre-assessment tool that enables faster NSX deployments via micro-segmentation planning. Post deployment, Arkin significantly lowers time to resolution, leveraging constructs such as time-machine, plain English search and contextual analytics across virtual and physical layers.

Today, VMware vRealize Operations provides extensive management across both physical and virtual compute and storage environments. With the acquisition of Arkin, VMware vRealize Suite will have the ability to extend across the entire SDDC, including the VMware NSX network virtualization layer.

“Arkin is a great fit for VMware and its customers as we look to accelerate our growth businesses including cloud management and network virtualization,” said Ajay Singh, senior vice president and general manager, cloud management business unit, VMware. “With VMware NSX combined with Arkin and vRealize, VMware will deliver the security and operations management plane for the SDDC. Over time, Arkin will solidify vRealize Suite’s position as the industry’s most comprehensive Cloud Management Platform that delivers application-focused operations, NSX micro-segmentation at scale and cross-domain visibility and context across physical and logical infrastructure.”

“Arkin and VMware have been great partners and we’re now excited to join the VMware family to take Arkin to the next level,” said Shiv Agarwal, co-founder and chief executive officer, Arkin. “Arkin delivers a new operations paradigm that has been built from the ground up for VMware NSX network virtualization and is fully aligned with the core NSX use cases of IT automation, security and application continuity.”

VMware and Arkin are already collaborating to meet the needs of mutual customers such as Columbia Sportswear, California Department of Water Resources (CDWR) and Nebraska Medicine.

“Operational visibility, which accounts for both hardware and software, is critical to how organizations succeed in using next-generation data center technologies,” said John Spiegel, IS/Global Communications Manager at Columbia Sportswear. “The combination of VMware NSX and Arkin provides us a tactical and strategic lens for managing our virtualized data center.” 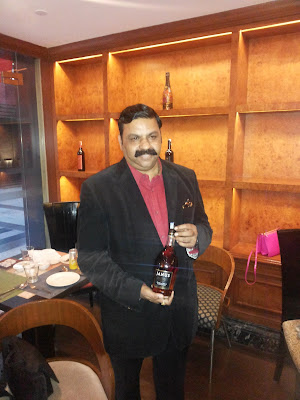 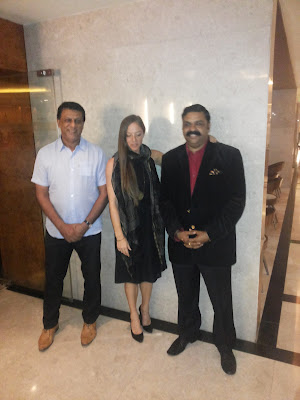 India's leading wine company - Sula Vineyards, announced the launch of JANUS – India’s first 100% premium grape brandy. The brandy is available in only seven states and the company plans Pan India by end of 2016.

The brandy which is first of its kind in India has about 43.8% alcohol.  This will be available in Goa, followed by Daman, Pondicherry, Karnataka,and Andhra Pradesh, in a league of its own. It is the country’s first 100 per cent premium grape brandy — and after tasting it, I must say it can claim to be the cognac of Indian brandies. It has a very cognac-like sensual nose and the finish is smooth, and although it is very young, which is why it doesn’t have the depth of flavours and the rich hues of a great cognac, it comes with the promise of being here for the long haul.

Deriving its name from the ancient Roman deity with two faces, JANUS embodies the exceptional French cognac making heritage and the expertise of Sula in selecting the best Indian grapes. JANUS is made from carefully selected grapes from the best Indian vineyards which are then double distilled in small batches using traditional French alembic pot stills, to produce a liquor of exceptional smoothness and character.

JANUS is aged in small French oak barrels under the supervision of French Master Blender Yonael Bernard, imparting a smooth and distinctive taste, exceptional aromas and a complex character of a cognac - style brandy with a long finish. Keeping up with the tradition of French cognac making, the master blender has developed a unique recipe guaranteeing excellence in every drop.

Yogesh Mathur, VP Manufacturing, Artisan Spirits Pvt Ltd said, “With this launch Sula takes its first step into the world of spirits with a superbly crafted high end offering. We are confident that JANUS will win accolades and significantly raise the bar for brandy making in India. JANUS is India‘s first handcrafted cognac - style brandy for connoisseurs - from the House of Sula”.

JANUS makes use of Three table grape varieties — Bangalore Blue, Bangalore Purple and Thompson Seedless — that for many years went into the making of sparkling wines produced in India, are used to make Janus.

It comes in premium packaging with a bottle design inspired from the Mid-19th century, a style known as ‘standard fifth’ or ‘lettered brandy’ with embossing. The bottle’s slender design, broad masculine shoulders and long neck makes it stand apart.

JANUS will be available initially in two SKUs of 750 ml and 180 ml at Rs 1999 and Rs 599 respectively across all leading outlets in Karnataka. It is manufactured by Artisan Spirits, 100% subsidiary of Sula Vineyards.
Posted by editor-manu-sharma at 5:07 PM No comments: