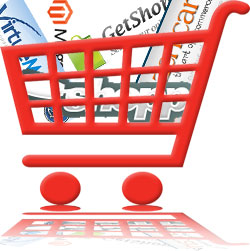 CIPL (Corporate Infocom), an IT entrepreneurship based company focusing on simplifying technology introduces applications and tools to enable customers create their own websites/e-commerce portals.

CIPL has introduced user friendly application and tools in order to assist the aspiring web builders. These applications can be used by people from different verticals and across industries. The content available in the training manual is easy to understand and implement practically.

Rahul Walia, Chairman, Corporate Infocom says “We endeavor to create one such platform where we give opportunity to people who aspire to create their own web site economically and easily in today’s scenario where you need to on the web to create your identity”. 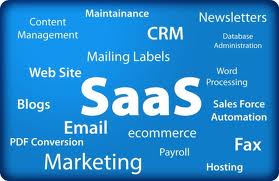 “Digital Service Cloud has a proven capability to increase customer lifetime and value, and can generate operating income between US$15 and $20 for every customer interaction. By using Digital Service Cloud telcos, technology retailers, OEMs and global service providers or BPO companies can not only use support as a channel for new revenues, but also expand their business by adding tech support services, the market for which is estimated at US$100 billion globally and at least Rs 20,000 crore in India.” said Uday Challu, CEO and Co-founder of iYogi.

“Since Digital Service Cloud is a SaaS solution, it’s very easy for any organization to integrate it with its existing contact centre infrastructure. It’s highly scalable and secure, and can help companies transform the customer support process, and their business. Service innovation built into the platform puts the end customer in control of how and when they want to access support,” he added.

iYogi has more than 2.5 million users, and has serviced more than 13 million technical support incidents in the last six years. At 93% the company’s customer satisfaction rates are among the highest in the industry. Digital Service Cloud is what lies at the core of the iYogi service offering, and now the company is offering it to other companies as a hosted solution.

Posted by editor-manu-sharma at 4:36 PM No comments: 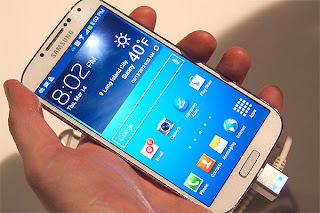 New phones are continually coming out. Which should you buy? The latest being the S4, which is an excellent device from a hardware standpoint. Its 5-inch screen is larger than its predecessor, yet it's a tad lighter and smaller. The display is sharp, at 441 pixels per inch. The phone is currently priced in India at Rs 41, 500.

Samsung packed the Android device with a slew of custom features, including new camera tools and the ability to perform tasks by waving a finger over a sensor. Many of the features, however, make the phone more complicated to use. In some cases, custom features work only some of the time. In other cases, you're confronted with too many ways to do similar things. The S4 might be for you if you don't mind spending time customizing it. Otherwise, you must bypass all the gimmicks to get to what otherwise is a good phone.

Another cool specification is the camera. If Samsung’s competitor HTC has come up with Ultra-pixel camera for their flagship the HTC One, Samsung has provided the Samsung Galaxy S4 with a 13 MP camera. The front camera is a 2 MP camera. However, the camera is not a regular, basic snapper. Samsung Galaxy S4 incorporates innovations and features in every aspect of the phone so why should a snapper be any different?

The Samsung Galaxy S4 camera provides dual-shot option, i.e the option to click photos with both cameras together. This not only provides a complete perspective but captures multiple details. The main camera takes a complete picture while the front camera takes a post-card image. The second image can then be edited and added to the main image.

Although Samsung is the market leader in smartphone market in India, competition from Apple, BlackBerry and Nokia has put pressure on it to add new software features to maintain its lead.

According to research firm IDC, the overall mobile phone market in India reached about 218 million units in 2012, growing 16 percent year-on-year.

Of this, 16.3 million units were smartphones, but the category saw a growth of about 48 percent. Samsung was the leader in the quadcore and 5-inch plus screen size models, IDC added.