#CricketTwitter: A Look At India’s Cricket Fever In Numbers 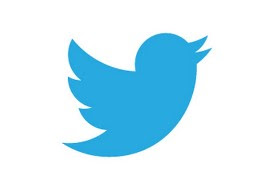 In India, cricket fever is a phenomenon, and it soars higher during big-ticket tournaments. In fact, cricket is a massive conversation on Twitter in India with fans coming to the service for a second-screen experience like no other. Amidst nail-biting finishes and thrilling catches, Twitter’s virtual stadium is always echoing with fans’ cheers - sharing ball-by-ball updates of matches, supporting their favourite teams, and most of all - spreading their collective love for the sport.

As cricket’s winning streak continues to grow on the service, Twitter took a look at cricket conversations from the past year - finding that, between 01 July 2020 - 01 July 2021, there have been over 75 million conversations about cricket on the service in India. Here’s what fans on Twitter have been talking about the most over the past year (July 2020 - July 2021) -

* Top Hashtags: With cricket conversations heating up during bigger events and cricket leagues, fans take no breathers from expressing their support. From the most used hashtags, it seems like CSK fans have been cheering the loudest on Twitter!

* Top Emojis: Fans’ passion for cricket inspires a roller-coaster of emotions, and they take to Twitter to express these through emojis. Whether it was the nerves of a last-over thriller, or favourite players slamming fours and sixes, these were the emojis that fans used the most.

* Top Athletes: Waves of support continued to pour in through the year as fans came together to share love and encouragement for their favourite players. From on-field MVPs across matches to eternal legends off the field, these were the most talked about athletes -

* Top Cities: Fans across cities in the country chimed in with their interests and insights around the nationally-loved sport, keeping Twitter abuzz with conversations. These cities roared the loudest in cricket conversations on Twitter -

* Top Cricket Events: Big-ticket matches and tournaments remained at the forefront of cricket conversations on Twitter, and these were the events that had fans Tweeting the most -

Priya Nixon, Sports Partnerships Manager at Twitter in India, said, “Cricket is undoubtedly one of the most celebrated sports in India, and Twitter has been the centre-stage for fans to talk about it. Our service provides a front-row seat to cricket fans across the world, and we’re always working towards enhancing how people experience this conversation about their favourite sport. It’s exciting to see how fans have been enjoying the #CricketTwitter conversation and it encourages us to continue building on this momentum to let fans make the most of Twitter and enjoy what they care so much about.”

Recently, Twitter had also launched the #CricketTwitter campaign to support fans’ passion for the sport and help them with several new ways to participate in the conversation. Fans can follow the Cricket Topic on Twitter - which uses AI and machine learning to deliver specific interest-related Tweets to people’s timelines. They can also stay tuned into the latest from the world of cricket through Event Pages, as well as by creating and following Twitter Lists of their favourite teams and players like these - Cricket, India Cricket, Delhi Capitals IPL team, Chennai Super Kings Team, among others.

Posted by editor-manu-sharma at 1:15 PM