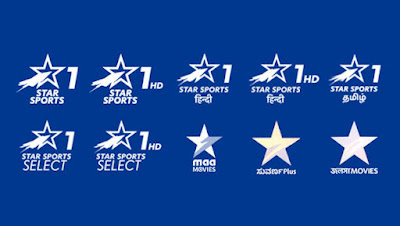 Audiences are in for a special experience during the ICC Men’s T20 World Cup 2021 as the broadcast production gets a major facelift. Star India, official broadcaster of the marquee tournament, announces a revamp of design and technology and the debut of some industry first broadcast innovations ahead of the Super 12 stage that gets underway on October 23rd, 2021. The new tech has been developed under Star and Disney India’s R&D arm -- Star Lab that spearheads innovation in emerging technologies.

Star India is deploying new tools for analytics, camera technology, immersive AR graphics, virtual and automated sets, and a plethora of new cricket broadcast experiences. Notably AI is powering a range of integrations, from a robotic statistic genius ‘Cricko’, to automated cameras, optical tracking of fielding positions and even super slow-motion replays. Design philosophy has been transformed to attract youth audiences who will #LivetheGame through the course of the tournament. These new additions will elevate the viewing experience to be more immersive and give a unique look and feel to the tournament.

Venues on-ground will witness high-tech integrations with ultra-modern cameras, creating 360-degree highlights using multiple patented technologies. These facilitate the ability to showcase detailed analysis of player movements during the game. Player graphics will be refreshed and will consist of unique symbols inspired by gaming that highlight a specific trait or quality of that cricketer.

Speaking about the technological innovations ahead of the ICC Men’s T20 World Cup 2021 on the Star Sports Network & Disney+ Hotstar, a Star India Spokesperson said, “The broadcast design for the ICC Men’s T20 World Cup 2021 receives a complete makeover where our major focus will be to enhance the viewing experience and get fans to live the game with us. Technology has been used to bring alive some facets of the game which are generally ignored to the human eye – the look and feel of the presentation will be completely new as we aim to attract youth to engage and be a part of the marquee tournament. This will be achieved using world class technology such as enhanced 4D replays, AI interfaces, and automated cameras in the studios which will elevate the broadcast as we foray into new and innovative mechanisms.”

Technological integrations introduced in the studio include the use of artificial intelligence to aid in-depth analysis revolving around statistics in order to help the audience to better understand the nuances of the game. A digital model of the stadium will be embedded to showcase fielding placements, wagon wheels, scoring area percentages, and countless more statistics as well as tech which produces the illusion that presenters are teleporting between the ground and the studio. AI driven gesture control will enable the experts to display and analyze graphical representations relevant to the game. There will also be the inclusion of indoor drone cameras in the studios, the first ever indoor installation in the Indian Subcontinent. These flying cameras give an untethered 360-degree perspective to the audience for a new viewing experience

In the regional broadcast studios, robotic auto framing face tracking cameras will follow the precise movements of the presenters, using computer vision. Larger than life augmented reality graphics create stunning visuals on ground, while back in the studio presenters are using mixed reality headsets in a broadcast world first. The tool allows presenters to be able to see and physically interact with dynamic graphics during analysis of fielding positions, weather conditions and more. The solution has been developed using Unreal Engine by Epic Games to create the next generation of sports broadcast experiences.

Star and Disney India, also marked a historic day in sports broadcast with the live production of a total of six ICC T20 World Cup matches (Round one & warm-up) on the same day no less than twice, on October 18th & 20th 2021. This scale of production for any major Cricket event is unprecedented and has been a first for Cricket in Asia.

So, gear up for a tech savvy and high-end production broadcast of the ICC Men’s T20 World Cup 2021 LIVE & Exclusive on the Star Sports Network and Disney+ Hotstar VIP.