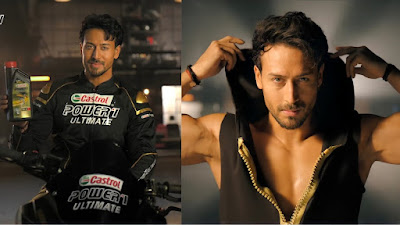 * 5-in-1 full synthetic formula that offers ‘Performance That Surprises’

Castrol POWER1 ULTIMATE, India’s premium engine oil brand for two-wheelers has launched a new digital campaign around #PerformanceThatSurprises highlighting the brand’s 5-in-1 full synthetic formula that offers superior engine health for two-wheelers. The campaign features Bollywood actor Tiger Shroff as the face of Castrol POWER1 ULTIMATE, whose persona resonates with the idea of a ‘performance that surprises’.

Speaking about the campaign, Jaya Jamrani, Vice President – Marketing, Castrol India, said, “At Castrol, we have consistently delivered industry-leading products that offer unmatched protection and performance for vehicles. Our new campaign #PerformanceThatSurprises creatively illustrates how our consumers can unlock the ULTIMATE performance by using Castrol POWER1 ULTIMATE. Looking ahead, we will continue to innovate our offerings and communications with the purpose of providing superior performance and experience to bike enthusiasts.”

Sharing his excitement about the launch of the new campaign, Castrol POWER1 ULTIMATE brand ambassador and Bollywood superstar, Tiger Shroff said, “It's an absolute pleasure to represent Castrol POWER1 ULTIMATE. I don't think a brand has embodied what I believe in so perfectly as this campaign has. When Castrol approached me for Castrol POWER1 ULTIMATE, I knew this was a natural fit cause we both deliver performance that surprises. The creative, the tech, the use of digital, I am sure my fans will love the film and everything else that the brand is planning."

Posted by editor-manu-sharma at 5:17 PM