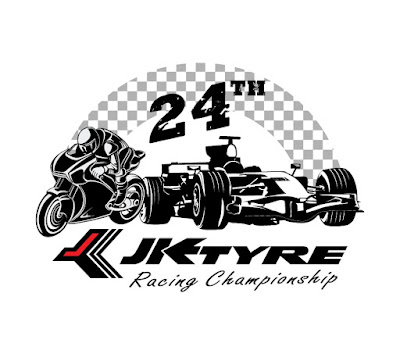 As the country is regaining its feet from the second wave of Coronavirus pandemic and sporting events resuming across the country, JK Tyre is all set to host the 24thJK Tyre FMSCI National Racing Championship (JKNRC) 2021 at the Kari Motor Speedway, Coimbatore on Oct 23-24, 2021. The weekend will also mark the debut of the first ever Royal Enfield Continental GT Cup. Built on Royal Enfield’s most capable racing motorcycle - the Continental GT 650 - this  introduction adds thrill and provides much more thrust to JKNRC 2021.

Royal Enfield has been at the forefront of creating and growing the leisure riding culture, and the brand has also been a significant part of niche motorcycling sub-cultures like endurance races, cross-country trails, road racing, among others. Royal Enfield has announced its debut into track racing with the Royal Enfield Continental GT Cup 2021. The Continental GT Cup is India’s first retro racing format aimed at building accessible entry into track racing for new entrants as well as experienced racers.

The first ever season of the JK Tyre presents Royal Enfield GT Cup has seen overwhelming response from racing enthusiasts in the country. From an application list of more than 300 aspirants, 100 racers were shortlisted and invited to Coimbatore for the selection on Monday, October 18. A final grid of 18 riders who qualified for the races on Saturday and Sunday were identified along with two Media Wild cards. The qualifying rounds indicated a close competition between the shortlisted racers, and promised some nail biting racing action this weekend.

Topping the time charts in the category was Anfal Akdhar from Thirssur. With a  timing of 1:23.126, he has shown  that he is capable of providing some knee-scraping action, along with other well-known riders like Anish Damodara Shetty. However, it was Lani Zena Fernandez, a young lady from Puducherry, who took the track by storm. She brimmed with confidence and enthusiasm as she competed with the boys while going through the gruelling sessions to be identified as one among the best.

Raivat Dhar, a young motoracer from Jammu who has made it to the final grid, showed he was not going to be left behind on the track and is eager to put on a great show for the final races on Sunday. With majority of the racers being from Southern India, Raivat is a proud representative from the Northernmost state of the country.

The qualifying selection round was conducted under professional guidance and safety controls. The entire grid was within 2.75 seconds of each other on the timing sheet, which shows the level of competence, skill and quality of talent that has made the grid.

The rider representation is truly a national one with riders from all corners of India battling it out over the weekend.

With a  well-known brand like Royal Enfield to be part of the JK Tyre FMSCI National Racing Championship, which spreads over four rounds comprising eight races, the season will be watched with utmost interest.

In the four-wheeler category, which has been the staple diet for racing fans in India who are well versed with JKNRC, the LGB Formula 4 category evokes the same passion and interest. These Formula cars designed at home have withstood the test of time and given drivers ample chance to showcase their skills. Names like Vishnu Prasad and Ashwin Datta are well known to fans. There is also a strong presence of woman driver, led by Mira Erda. But one young man who took the season by storm last year, Amir Sayed will perhaps be watched with greatest interest in the new season. It's a full grid this time, with 26 cars in fray.

The LGB Novice Cup provides the necessary platform for young and new drivers to showcase their talent. The difference between the LGB Formula 4 and novice category is mainly one of seasoned drivers being there in the first category. It’s a packed grid for Novice Cup too as 24 talented drivers representing different parts of the country including cities like Guwahati, Ranchi, Nagpur, Coonoor, Vadodara will be fighting for the title.

JK Tyre Motorsports has produced a galaxy of champions over the last two decades and the next bundle of talent could well emerge from this category. Going by the on-track action seen in last few years, this grid is definitely the one to watch out for this weekend.

Like last year, all safety protocols relating to Covid-19 will be followed by the organisers.

JK Tyre has been closely associated with the world of motorsports for almost three decades back. The company laid down a long term plan to popularise and promote the sport in the country. Its first target was to change the notion that this was a sport for the elite. So it packaged and redesigned it in a spectator-friendly way, drawing the masses to the sport.

The company then endeavored to spot, nurture and sharpen the drivers to turn them into world champions. With this goal in mind, we conceptualized the JK Tyre National Racing Champion in 1997. Our efforts started paying dividends in just a few years’ time, with the likes of Narain Karthikeyan and Karun Chandok going all the way to the F1 rung, the highest level of single-seat racing in the world. Since then, a number of stars emerged, including Armaan Ebrahim, the Maini brothers (Kush and Arjun), Anindith Reddy Konda, amongst many others.

Before all this, JK Tyre had a successful stint in rallying too, conquering the scene in the early 90s. At the same time, gradually, we moved on to various disciplines, including cross-country rallying and off-roading, leaving a mark in each of them with their unique and innovative ways.

JK Tyre Motorsports is also very proud of the role it has played in bringing women into motorsports in a big way. Apart from encouraging them to get into the sport through karting as kids, we also gave them opportunities in various national championships. Last year was particularly rewarding for us as an All-Women Racing team was introduced for the first time in the LGB 4 category. In addition, the company also undertook various other initiatives to encourage them to try motorsports, even if for fun to begin with.

To supplement JK Tyre’s entry into the two-wheeler market, the JKNRC hosted the Suzuki Gixxer Cup and the Red Bull Road to Rookies Cup categories and saw enthusiastic participation from across the country.

Today, the company is synonymous with motorsports, and even more so with racing, creating a lot of goodwill for the brand. Right from budding racers to accomplished drivers in the country, everybody owes their rise and success to JK Tyre.

Posted by editor-manu-sharma at 1:01 PM