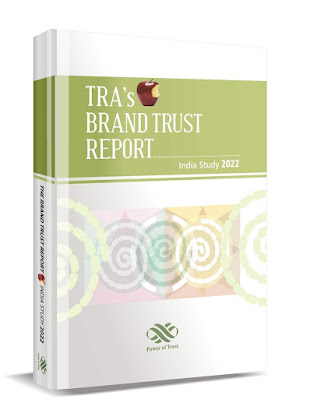 German Premium car manufacturer, BMW, has sped into the seventh Most Trusted Brand in India displacing Maruti Suzuki which has led the ‘Automobile’ Super Category for many years. BMW also leads the ‘Four Wheeler – Premium’ Category, revealed by TRA’s Brand Trust Report, 2022, the eleventh edition in its series. BMW has improved its All-India ranking by jumping 26 ranks over the previous report of TRA, which annually lists India’s 1000 Most Trusted Brands through a syndicated consumer-influencer research conducted in 16 Indian cities. Maruti Suzuki slips twelve ranks to rank the 2nd Most Trusted Four-Wheeler Brand this year.

N. Chandramouli, CEO, TRA Research, elaborated on the report and said, “For a premium automobile brand like BMW to be seen as the most trust automobile brand displacing Maruti Suzuki, a leader in trust of many years, is a sign of changing consumer preferences. The change is a result of BMW’s jump in ranks and the simultaneous fall in ranks of Maruti Suzuki over the previous report.”

Among the other Four Wheeler – Premium brands, Audi ranks 15th in the list and Mercedes Benz ranks 16th. Forty-four Four-wheeler brands have been listed in the report among 78 automobile (two wheeler + four wheeler) brands in this year’s report.