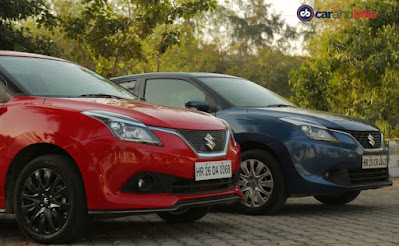 -         Maruti, Mahindra, and Hyundai are the three most sought-after brands

-         Demand for used Creta rapidly increasing across the country

Swift Dzire, Eeco, and Ertiga were the top-3 popular models in the used car market while demand for used Creta was rapidly growing across the country, reports the latest Just Dial Consumer Insights.

Just Dial Consumer Insights suggests that Maruti Suzuki, the country’s latest automobile manufacturer, dominates the used-car market with eight of its models among the top-10 most sought-after cars. Hyundai and Tata are the other two with a model each among the top-10. Besides, Swift Dzire, Eeco, and Ertiga, the other models that make up the top-10 are Wagon R, Swift, Creta, Brezza, Baleno, Nexon, and Alto 800.

Demand for Swift Dzire, Eeco, and Ertiga was maximum in Delhi, Mumbai, and Pune among Tier-I cities. Among Tier-II cities, Lucknow, Indore, and Jaipur had maximum searches for Dzire, Nashik, Vadodara, and Surat for Eeco, and Jaipur, Nagpur, and Mysore for Ertiga.

Commenting on the trends, Mr. Prasun Kumar, CMO, Just Dial, said: “Rapid digitisation has accelerated the growth of India’s used car platform. We have augmented our platform with credible data of used car dealers and sellers in our bid to provide buyers with the best match-making. This has resulted in a 63% YOY rise in searches in Tier-I cities and a 71% rise in Tier-II towns and cities. Going ahead digital will evolve as a credible sales channel in the used-car market that is estimated to be a $32.14 billion industry.”

The top-10 most sought-after brands in the used car markets are Maruti Suzuki, Mahindra, Hyundai, Toyota, Tata, Honda, Renault, Audi, Volkswagen, and Ford. Besides Audi, the other luxury brands that remained in demand were Mercedes, Land Rover, and Jaguar. Demand for luxury cars remained high in Mumbai and among Tier-I cities, Lucknow, Ludhiana, and Chandigarh saw maximum searches for these brands.

Mumbai saw maximum demand for Mahindra, Hyundai, Honda, Renault, Tata and Volkswagen, Delhi for Maruti Suzuki and Audi, and Bengaluru for Ford. Among Tier-II cities, demand was high in the cities of Nagpur, Nashik, Guwahati, Patna, Jaipur, Lucknow, and Chandigarh for these brands.

Posted by editor-manu-sharma at 3:36 PM