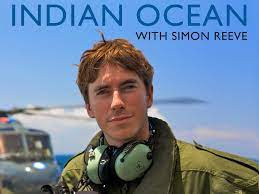 Water is an essential part of life and conserving this resource is important to maintain the right ecological balance. However, globally, water crisis is a huge concern. According to the UN statistics, there are about 2.2 billion people who do not have access to safe drinking water. Hence to raise awareness on this pressing issue, World Water Day is celebrated every year on 22nd March.

Celebrate the day with Sony BBC Earth by watching the top 5 shows commemorating the importance of water.

Frozen Planet - Embark on the trip of a lifetime, as the BBC's acclaimed Natural History Unit takes you on a spectacular polar expedition into a breathtaking landscape most of us will never experience. Ambitious and epic in scale, this landmark series is the ultimate portrait of the great wildernesses of the Arctic and Antarctic before they change forever. Narrated by world renowned naturalist Sir David Attenborough, Frozen Planet captures groundbreaking imagery as camera teams go deep under the ice into a magical world of giants, and much more.

Indian Ocean with Simon Reeve - Starting his journey in South Africa, Simon travels around the coast of the Indian Ocean, heading up the east coast of Africa, around India and back down the western coast of Indonesia to SW Australia. The extraordinary adventure takes Simon to 16 countries, as he braves the horrors of front-line conflict in Mogadishu in Somalia, perhaps the most dangerous place on the planet, and visits the beautiful Maldives, Mauritius and the Seychelles.

Earth’s Great Rivers - Experience the ultimate river voyage down three of the world’s most epic rivers – the Amazon, the Nile and the Mississippi. Watch the astonishing wildlife and breathtaking landscapes of these legendary waterways right from their source. The latest technology, previously unfilmed locations and drone footage reveal their true character in a way not seen before. Timelapse cameras enable a Mississippi barge to zoom hundreds of miles downriver in seconds. This series brings these rivers to the screen in all their surprising and fantastic glory.

Hunters of the South Seas - 70% of the planet is covered by water. Now Will Millard, Britain’s brightest young explorer, is setting out to meet the cultures and communities that have adapted best to life afloat.

Simon Reeve’s Sacred Rivers - History, adventure and travelogue combine as Simon Reeve explores three of the world's major rivers: the Nile, Yangtze and Ganges. Through the stories of the people who live alongside these great waterways, he uncovers their vast influence, and reveals how they unite, and divide, some of the most extraordinary parts of the world. Full of wonder and breathtaking, magisterial landscapes, Simon Reeve’s Sacred Rivers is a potent mix of revelation and hands-on adventure - a riot of colour, extraordinary spectacle and unexpected encounters.

Blue Planet II - This bold cinematic experience takes viewers on a magical adventure across the greatest, yet least known, parts of our planet - our oceans. Since Blue Planet aired in 2001, our understanding of life beneath the waves has completely changed. Travelling from the icy polar seas to the vibrant blues of the coral atolls, this series brings forth astonishing new discoveries. Inspiring awe and wonder, Blue Planet II reveals surprising places, charismatic characters and extraordinary behaviors.

Posted by editor-manu-sharma at 7:53 PM