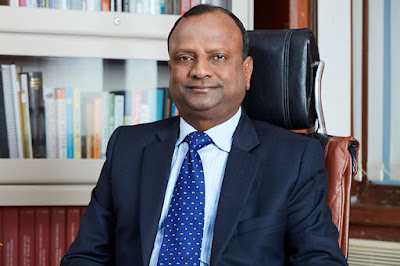 BharatPe, India’s fastest growing Fintech company, today announced the appointment of Rajnish Kumar on its Board. Rajnish Kumar, one of the most respectable names in the banking industry in India and erstwhile Chairman of SBI, will also be the Chairman of Board. Rajnish will be involved in defining the Company’s short-term and long-term strategy, and also will work closely with the other Board Members and CXOs on key business and regulatory initiatives.  He will also advice and counsel the Management on matters around business performance as well as corporate governance.

Commenting on the appointment, Ashneer Grover, Co-Founder and Managing Director, BharatPe said, “It is a matter of great validation and pride for us that one of the biggest stalwarts of the Indian Banking Industry has agreed to join BharatPe as the Chairman of the Board. We look forward to invaluable guidance from Rajnish Kumar as we build India’s largest digital credit provider. We are confident that under his able guidance, BharatPe will attain newer heights and build the best-in-class Fintech for the new India.”

Added Rajnish Kumar, “In just 3 years, BharatPe has come a long way in becoming a trusted name in the financial services industry. It has redefined payments with its products like interoperable QR and has also emerged as the largest B2B lender in the industry. This company has a huge opportunity ahead and it would be great to work closely with its young and talented team to build financial services for the India of tomorrow.”

Posted by editor-manu-sharma at 11:16 AM