CarDekho Raises $250 M In Pre IPO Round, Reaches Unicorn Status With $1.2 B Valuation 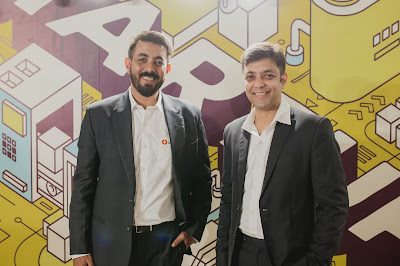 The new funds will be used to accelerate growth in CarDekho’s Used Car transactions, Financial services and Insurance businesses, and expand internationally

CarDekho, India’s largest car search platform, has announced a $250mn round of funding that included $200mn Series E equity and $50mn debt in its pre IPO round. With the latest fundraising, CarDekho joins the unicorn club with a valuation of $1.2bn and becomes the first unicorn based in Jaipur, Rajasthan.

It is the largest ever fundraise by CarDekho and the proceeds will be used to accelerate CarDekho’s growth in the Used Car transactions,  Financial services and insurance businesses, build robust product and technology functions, increase brand awareness, and expand into new markets.

CarDekho currently buys cars from customers in more than 100 markets and has a catalogue of 3,000+ certified pre-owned cars for online purchase. The company will be expanding its Used Car retail transactions business geographically and is set to increase its catalogue to 10,000 cars in the near future.

The company plans to expand across India with retail hubs that will focus on both used car buying and certified pre-owned car retail transactions with customers. CarDekho team is currently present in India, Indonesia and Philippines and aims to use the funds to expand internationally. The company’s auto and non-auto products are currently used in more than 30 countries globally.

Mr. Amit Jain, Co-founder and CEO CarDekho said, “CarDekho, from being a car research portal, has evolved to become a complete ecosystem for car buying, lifecycle management and selling. We are committed to empowering our customers and providing them with a convenient and hassle-free experience. The new fundraise will help us expand our Used Car transactions and Financial services businesses. The trust and conviction of our investors will help us to accelerate our growth plans whilst we provide our customers with an experience that will continue to re-define car buying and selling.”

The funding round was led by LeapFrog Investments, a global impact investor focused on financial services and healthcare access. As CarDekho Group continues to scale, LeapFrog will support the company’s plans to deliver quality and affordable vehicles, insurance, and finance to millions of new emerging consumers. Improved mobility remains a proven driver of access to healthcare, education, and employment opportunities.

CarDekho’s digital platforms, ‘New Auto’, and its financial services businesses are already profitable and its insurance business, InsuranceDekho.com, has crossed the breakeven point. With the new investment, CarDekho moves closer to its vision of making car buying, selling, and owing an enjoyable, transparent and affordable experience for its customers.

CarDekho has been the pioneer in digitalizing the auto ecosystem in India and, along with its group companies, it has become the go-to destination for all auto stakeholders, including original equipment manufacturers, dealers, car buyers and sellers. CarDekho works directly with almost all automobile manufacturers in India, amounting for up to 30% of annual sales for its strategic partners. CarDekho works actively with 3,500+ new auto dealers and 4,000+ used car dealers, homegrown traders and entrepreneurs. It collaborates with 14+ financial institutions and 40+ insurance companies to facilitate used car finance and insurance thereby providing a seamless experience to both used car buyers and sellers.

Stewart Langdon, Partner and Co-Head of South Asian Investments, LeapFrog Investments, said, “Amit and the team have done an outstanding job in building the leading digital platform in India’s auto-tech market. We expect the business to continue on its rapid growth trajectory thanks to the calibre of the team and the extraordinary tailwinds which this segment now enjoys from increasing formalisation, digitisation and transparency. CarDekho is an outstanding platform for large scale social impact, already making vehicles more accessible, affordable and trustworthy for over three million emerging consumers. Improving access to mobility in this way will help to drive development in other key areas, such as healthcare and education.”

Mr. Shailesh Lakhani, Managing Director, Sequoia India said, “Amit, Anurag, and the team at Cardekho have built a business that has far exceeded our initial expectations. Several of their business units hold leadership positions, and are now building further expertise in the used cars and financial services space where they are strongly positioned. The team at Sequoia India continues to be strong believers in their long-term success.”

Mr Abhinav Sharman, Director, Sunley House Capital said, “We are thrilled to continue our support of CarDekho and their mission to be the leading retail auto and financial services provider in Southeast Asia. Since our initial investment, the company has had tremendous growth, establishing itself as the largest tech-auto platform in India. We are confident that this new investment will enable Cardekho to accelerate its growth in the auto retail market while capitalizing on the sizeable addressable market in auto insurance.”

Numis and Credit Suisse acted as the financial advisors to CarDekho.

CarDekho Group, headquartered in Jaipur, was founded in 2008 and has footprints in India and South-East Asia. The group currently operates various leading Indian auto portals such as CarDekho.com, Gaadi.com, ZigWheels.com, BikeDekho.com, PowerDrift.com and more. CarDekho Gaadi has a presence in 100+ markets across India where customers can sell their used cars. CarDekho currently has 3000+ certified pre-owned cars for customers to buy from its portal.

Posted by editor-manu-sharma at 8:27 PM