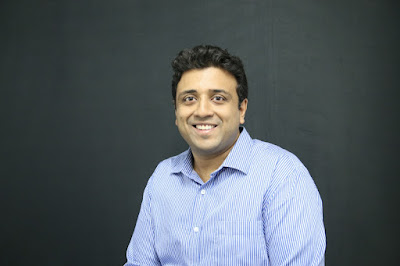 Imagine Einstein flirting with Mona Lisa. Or a rap battle between Shakespeare and Newton. Potentially taking marketing to the next level, one of India’s largest lock screen platforms Glance* became the first brand in the country to use deepfake technology in digital content marketing. In its latest ‘Har Pal Happening’ campaign to promote Glance LIVE, Glance has introduced a series of AI-led videos which are quite entertaining for the users.

As the name suggests, “deepfake” is a combination of two words — deep learning which is a subset of machine learning, and fake. So deepfakes are essentially hyper-realistic AI-generated fake videos, images or audio recordings that look and sound just like the real thing.

The ‘Har Pal Happening’ campaign introduces innovative videos showing interactions between famous and historic characters who come alive for the viewer in a unique AI-led deepfake avatar. In a fun and engaging conversation, they highlight the LIVE experience on the lock screen along with all its various offerings. Quirky deepfake jugalbandis by instantly recognizable characters such as Akbar-Birbal and Laila-Majnu focus on the interactive features of Glance LIVE such as polls, AMAs, quizzes, and rewards amongst others.

Apart from Glance, the digital campaign was also amplified across the brand’s social media platforms. It witnessed significant engagement and virality, successfully meeting its objective of generating brand awareness in the minds of its target audience. While the campaign reached more than 31 million users on Glance, it saw an engagement rate of more than 20%. The AI-led deepfake campaign saw ~3 million organic shares and 4 million organic clicks while it also got picked up by some of the most popular Indian meme pages.

Rohan Choudhary, GM and Vice President, Glance Feed said, “We believe LIVE is potentially the next frontier of content and we intend to positively influence the 'live internet’ category we have created with Glance LIVE.” He further added, “The Har Pal Happening campaign premise is akin to a digital carnival. It brings alive the variety and vibrancy of always-on content for Glance LIVE users, right from consuming the different live streams across genres throughout the day and night, to engaging and interacting with their favourite celebrities and influencers. Consumers today prefer advertising and marketing content that not only informs but also excites, entertains and engages them. We used AI-led deepfake technology to achieve this and are extremely glad that it has worked well with our users.”

With the intent to redefine how consumers consume content, Glance recently launched LIVE. It will have 24/7, high quality, live content, from some of India’s best developers, across sports, current affairs, entertainment, gaming, and shopping. In addition, it will have exclusive live streams from some of the country’s favourite celebrities and influencers, with whom users can deeply engage and interact.