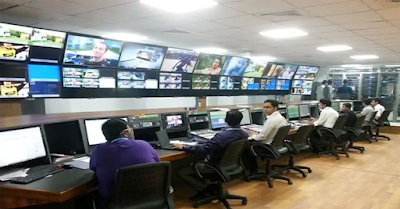 Marking its return to sports broadcasting, ZEE releases an exciting new campaign to announce the inaugural season of ILT20 to be held in UAE starting January 2023. The campaign stars the swashbuckling Virender Sehwag to give a glimpse of the pulsating T20 action in store.

The campaign film takes an irreverent approach in creating anticipation around the ILT20 league in sync with Sehwag’s persona. The film starts with the Nawab of Najafgarh relaxing by the pool when his secretary, played by actor Brijendra Kala, informs him that Zee Cinema has called him regarding a big project. Zee Cinema being an iconic movie destination synonymous with blockbusters like RRR, Sooryavanshi, Radhe, the former World Cup winner is convinced the call is regarding a potential film role and starts talking about how he always knew he had the perfect face for starring in the movies, until Kala reveals that the project ZEE has for him is for a new cricket league, leaving him surprised.

“We are thrilled at the opportunity to engage sports fans, with the return of cricket on ZEE. Our endeavour is to leverage the ZEE movie platforms across languages and deliver a heightened experience to the T20 cricket fan. Our brands understand the passion that drives movie fandom, it’s exciting to see these two worlds of movies and cricket fandom coming together on the Zee movie channels” said Kartik Mahadev, Chief Marketing Officer – Content SBU, ZEE. “The league will be telecast across 10 of our movie channels across 3 languages, engaging with 419 million movie audiences as well as our digital platform Zee5.   To build this new league we have planned a high buzz multi-phase campaign. We are stoked to have Sehwag announce the league, a natural fit as he has captivated millions of fans with his batsmanship as a player and flair as an expert, to build anticipation around the T20 Cricketing action coming up on ZEE”

The campaign film is produced by tiqui-taka and their founder Jigar Fernandes. Catch Sehwag’s comical moment of confusion and the Aha! moment where ZEE lands its message of Cricket frenzy in store for its viewers with the exciting new league ILT20 in the campaign film here: http://bitly.ws/xn75

Jigar Fernandes, founder and creative head, tiqui-taka says, “With Cricket returning to a platform synonymous with movies, masti and magic, Cricket and Cinema came together in a fun brief. It was essential to build awareness around Zee Cinema as the new destination for Cricket. It was cool of Sehwag sir to be such a sport and go along with the joke. He is a natural in front of the camera. Hope to really see him on the ‘bada parda’ someday!”

The 34-match event will have 6 teams competing to win the coveted ILT20 trophy. The tournament will exclusively air LIVE on ZEE’s 10 linear channels in English, Hindi and Tamil languages as well as on its OTT platform ZEE5. The event will be broadcast on Zee Cinema (SD & HD), ZEE Anmol Cinema, ZEE Thirai, ZEE Bangla Cinema, ZEE Zest (SD & HD), & Pictures HD, &Flix (SD & HD) and ZEE5 in India and globally.

You can find all the updates about ILT20 on Zee on their official social media handles:

Posted by editor-manu-sharma at 7:58 PM