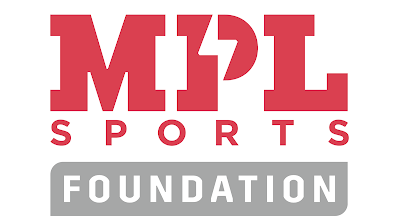 The Olympic games may be coming to an end, but the excitement continues. The most ardent supporters will be rewarded with an all-expenses paid trip to catch our athletes in action yet again at the 2022 Commonwealth Games, with help from MPL Sports Foundation, the Principal Partner of the Indian Olympic Association.

Over the last few weeks, Indian fans have come together in droves virtually, to show their support for Team India at the Olympics. Fans have cheered them on from afar, in ways never seen before, as they broke records and made history. As the Games draw to a close, MPL Sports Foundation wants to inspire fans to continue supporting our athletes, who will be competing next at the 2022 Commonwealth Games, while fostering the energy and enthusiasm seen this year. The Foundation, which is the Principal Partner of the Indian Olympic Association (IOA), today announced a hunt for Team India’s Biggest Olympic Fan, giving users a chance to catch our athletes in action at the Commonwealth Games. This is part of a nationwide #FanBannJaaoge movement launched two weeks ago, rallying all 1.3 billion Indians to become ardent fans of our decorated athletes, during the Olympics and beyond.

Here’s how you can be crowned Team India’s Biggest Olympic Fan:

Upload a video on MX TakaTak showcasing why you’re Team India’s Biggest Fan with a fan-tastic cheer for the Indian Olympic Team.

Tag as many friends as possible & increase your chance of becoming the BIGGEST FAN!

The lucky winner will win a chance to attend the Commonwealth Games 2022 at Birmingham, England for four days, with all expenses paid.

Send in your entries before August 12th.

MPL Sports Foundation, the community arm of Mobile Premier League (MPL), India’s largest esports and gaming platform, led the charge by creating India’s first ever fan group for our athletes, called the Indian Olympic Fan Army. The army is now over 100 million-strong, which includes fans from MPL’s users and supporters from top sports clubs in India like Kolkata Knight Riders, FC Goa, Ultimate Table Tennis, Gokulam Kerala FC, Shillong Lajong FC. Through this latest initiative, the Foundation aims to engage with all Indians across the length and breadth of India and encourage them to continue to cheer for our athletes, even after the Olympics are long over.

Sounds exciting? Do not miss your chance to cheer for Team India and win big!

Posted by editor-manu-sharma at 5:28 PM