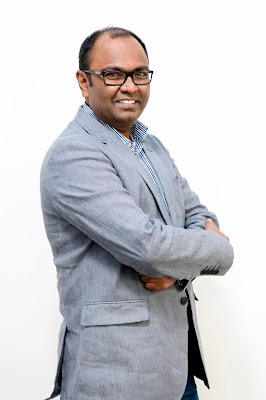 Kovai.co - a premier enterprise software and B2B SaaS company based out of Coimbatore, India, and London, U.K., reached a significant milestone in July 2021 – its 10th anniversary. Founded in 2011, Kovai.co presently employs more than 250+ people in multiple countries and markets. By 2030, the company aims to become a SaaS-unicorn and become one of the key SaaS players in the country. Also extends its Kovai.co Connect program – an industry-academia initiative focusing on imparting education on emerging technologies to students across Tamil Nadu, esp. from tier-2 cities.

The company’s first launch - BizTalk360, a platform for operations and monitoring, and analytics for Microsoft’s BizTalk Server started gaining momentum in mid-2011. Later, Kovai.co established a full-fledged innovation and R&D-focused office when they reached a milestone of 145 customers within three years. Microsoft honored Saravana Kumar – Founder and CEO of Kovai.co with the “Integration MVP of the Year” award for his contribution towards Microsoft Integration platforms.

Since then, Kovai.co has been focusing on its growth through R&D, product innovation, and launching new products that are performing across verticals, including Serverless360 and the most recent Document360.

In 2017, Saravana Kumar was officially invited to Buckingham Palace to be given recognition as “50 scale-up CEOs in London”.

Two new products – Atomic Scope and Document360-were launched in 2018 and started gaining momentum in the market.

In 2020, Kovai.co acquired Cerebrata to act as a complementary product for Serverless360

Kovai.co was awarded as the “Bootstrapped SaaS Startup of the Year” for 2020 by SaaSBoomi

Commenting on 10th-year anniversary and the plan ahead, Saravana Kumar said, “We are proud to celebrate 10-years of being a bootstrapped profitable SaaS company. It reflects the trust of our 1500+ enterprise customers, the capabilities of our employees, and our ability to innovate new products over time. Looking ahead, we remain focused on growing the product portfolio, build and nurture local talent, have lateral hires who will help us grow further, and turn Coimbatore into the next big SaaS hub in the country.”

“There will be investments in R&D, acquisitions, and business investments over the next few years for geographic expansion. Also, our Kovai.co Connect program will be taken to educational institutions across the state to train students as per industry needs and make them SaaS-ready. We have had some success on this front over the last two years. Even during the pandemic, our team completed the training of 50+ students in and around Coimbatore virtually. With Kovai.co Connect, we aim to increase the product development and tech capacity of students through innovation and collaboration,” Saravana Kumar added.

Kovai.co plans to continue its hiring trend and become the employer of choice for talents coming from both inside and outside the city. Besides hiring, the company aims to invest in the local community, become a unicorn by 2030, and drive SaaS product innovations across organizations.

Posted by editor-manu-sharma at 12:54 PM