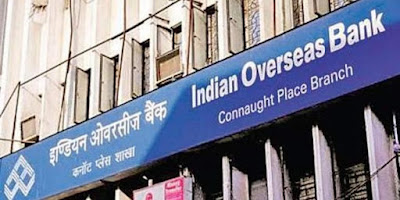 State-run Indian Overseas Bank (IOB) has posted a 170 per cent increase in net profit during the first quarter of the current financial year ended on June 30 to Rs 327 crore, from Rs 121 crore during the same quarter in 2020-21.

The bank’s asset quality showed signs of improvement with its gross non-performing assets falling by 16 per cent from Rs 18,921 crore during the first quarter in 2020-21 to Rs 15,952 during the same quarter this fiscal. GNPA ratios improved to 11.48 per cent from I1.69 per cent in Q1 last year. Net NPA for the period under review dipped 34 per cent to Rs 3,998 crore during the current financial year. The bank said that its net NPA stood at 3.15 per cent, which is within the prescribed limit of the Reserve Bank of India. IOB’s provision coverage ratio was seen at 91.56 per cent.

Though IOB has seen slippages to the tune of Rs 1,158 crore, it saw a higher cash recovery of Rs 1,125 crore. This was compared to a cash recovery of only Rs 275 crore during the same time last financial year, he said.

Gross advances increased to Rs 1,38,944 crore as on June 30, 2021 from Rs l,31,565 crore during the year-ago period. The bank said it has evolved a policy of not taking fresh exposures in stressed sectors, below hurdle-rated accounts and BB and below rated accounts. The bank has also exited accounts in stressed sectors. During the quarter, the bank’s interest income saw a decline of 6 per cent, while non-interest income increased by 17 per cent.

Posted by editor-manu-sharma at 12:11 PM