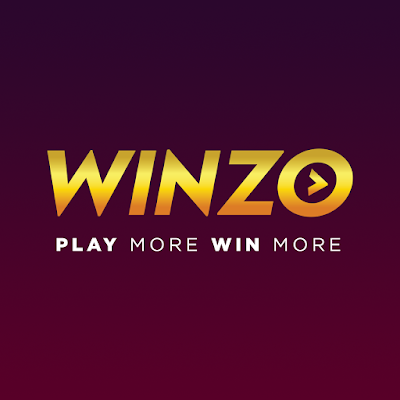 WinZO, India’s top gaming and entertainment platform, has raised $65 million in a Series C funding round, led by California-based Griffin Gaming Partners, taking the total tally of capital raised by the Company to $90 million. Griffin is making its first ever investment in India in WinZO, India’s largest multiplayer gaming platform. This financing follows only eight months after the company raised its Series B from returning investors Makers Fund, Courtside Ventures, and Steve Pagliuca, Co-Chairman of Bain Capital. Phil Sanderson, Co-Founder of Griffin Gaming Partners, will join WinZO’s board of directors.

With a focus on competitive multiplayer gaming experiences, WinZO’s mission is to create a culturally relevant mobile games platform with broad-based adoption. WinZO seeks to position itself at the forefront of Indian gaming culture with an expansive influencer network catering to more than 50 million registered users. The platform is currently offered in 12 languages, unlocking demographics that have historically gone underserved.

WinZO’s Series C raise represents yet another meaningful milestone reached by the company since its establishment in 2018. The company has grown its revenues tenfold over the last 12 months, and has partnered with over 100 leading game developers to realize the full potential of the Indian mobile gaming market through in-game integration of WinZO’s social gaming framework.

“We are super excited to partner with the Griffin team,” said Paavan Nanda, co-founder, WinZO.“Their incredible experience and precious insights across the global media & entertainment landscape shall be valuable as we continue to disrupt the Indian gaming ecosystem. With this raise, we plan to grow much faster and become an even more lovable product for our consumers. WinZO is poised and strategically well positioned to be one of the first 'Made in India' products that will rule the world in coming years."

“We are excited to make Griffin Gaming Partners’ first investment in India backing WinZO, the company behind the largest social gaming app in the country,” commented Nick Tuosto, Co-Founder, of Griffin Gaming Partners and Managing Director and Head of Gaming at LionTree. “The company is led by best-in-class management with an extraordinary product vision. We saw in WinZO’s games incredible retention and monetization metrics we believe set the company up for continued explosive growth and are proud to support the team on the journey.”

“WinZO’s growth is a testament to the value the company is unlocking in the Indian market.” commented Michael Cheung, General Partner, Makers Fund. “We are excited to continue to support WinZO and their leadership team who combine expertise and unique local insights with a strong vision to grow the Indian games and entertainment sector.”

WinZO is the largest social gaming and entertainment platform in India. Launched in early 2018, the Company partners with third party developers to host games on their Android app, where users can enjoy personalized multiplayer gameplay experiences. The platform is available in 12 languages such as English, Hindi, Gujarati, Marathi, Bengali, and Bhojpuri, with over 50 million registered users. The WinZO platform facilitates over 2.5 billion micro-transactions per month across a portfolio of 70+ games. WinZO is focused on building an enthusiastic community of gamers and gaming influencers in Tier 2 – 5 cities in India. The Company envisions a future where the WinZO platform can deliver a culturally relevant and enjoyable experience in the Indian gaming ecosystem, monetized through a unique micro-transaction model.

California based Griffin Gaming Partners was founded in 2019 by Nick Tuosto, Managing Director and Head of Gaming at LionTree; Peter Levin, Co-founder of Nerdist Industries and former President of Interactive Ventures, Games, and Digital Strategy at Lionsgate; and Phil Sanderson, a venture capitalist with over two decades of experience in game investing. The firm invests in game companies and related technologies around the world.

Courtside Ventures is an early-stage venture capital fund, investing across media and gaming, with a particular strategic focus on sports. Built by a team of notable entrepreneurs and investors, they provide strategic support by leveraging industry relationships and domain expertise to help companies gain a competitive advantage.

Backed by investor Dan Gilbert, founder and chairman of Rock Ventures, Quicken Loans and majority owner of the NBA's Cleveland Cavaliers; WPP, the world's leading advertising firm; and Bruin Sports Capital, Courtside Ventures invests in companies across the US and internationally.