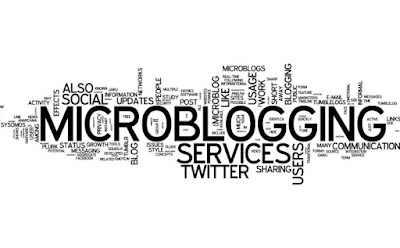 Koo, India’s own microblogging app, has raised $4.1 million as part of its Series A funding. Infosys veteran Mohandas Pai’s 3one4 Capital is the latest addition to the investors on board. Accel Partners, Kalaari Capital, Blume Ventures and Dream Incubator also participated in the round.

The new funding will be used to ramp up capabilities to solve uniquely Indian engineering challenges and for marketing to increase awareness about the app. The 10-month-old app has received appreciation from all quarters, having won the Aatmanirbhar App Challenge by the Indian government. It was also named Google PlayStore’s Best Daily Essential App for 2020 and got a special mention by Prime Minister Narendra Modi in his Mann Ki Baat address.

Aprameya Radhakrishna, Co-Founder and CEO, Koo, said: “Existing microblogging platforms have not been able to grow beyond the English-speaking population. Koo enables free expression of thoughts and opinions for every Indian irrespective of the language preference. Koo will amplify the daily voices of India on an Indian platform.”

Anurag Ramdasan, Principal, 3one4 Capital, said: “Koo is a very valuable and powerful platform in the Indian context. Social platforms focused on India need to be highly contextualised to the audience here beyond languages and must include community, moderation and content relevance. Both Aprameya and Mayank are proven entrepreneurs and have built large internet businesses before. We are happy to partner with them to make this atmanirbhar vision become a reality and to build sustainable and socially relevant platforms.”

Koo is a microblogging site for opinions voiced in Indian languages. Aligning with Prime Minister Modi’s vision of an Atmanirbhar Bharat, it creates a trusted local space for Indians to connect, comment and engage, making it a people-first platform. The app facilitates active conversations as creators can express themselves and users can follow creators of their choice to create a customised feed. It is a one-of-its-kind platform that resonates with the voices of Indians.

Koo was founded in March 2020, as an inclusive micro-blogging platform in Indian languages where people from across different regions in India can express themselves in their mother tongue. Just 10% of India speaks English. 90% prefer Indian languages. There’s no place on the internet for them to express themselves in their native language and discover others from the same community. Koo provides a voice to Indians who prefer Indian languages. This is how Koo has become a game-changer that is available in multiple languages such as Hindi, Kannada, Telugu, Bengali, etc.