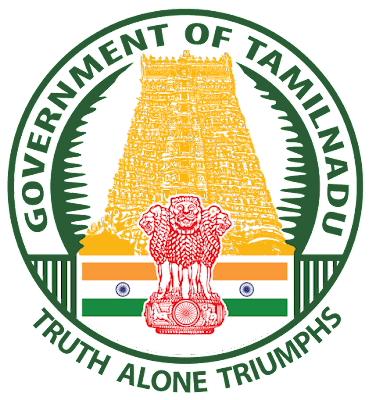 In its efforts towards accelerating the adoption of digital technologies the state, Government of Tamil Nadu today launched 224 public Wi-Fi hotspots in Chennai in collaboration with ACT Fibernet. The Wi-Fi hotspots were launched in the presence of Shri Udhayanidhi Stalin, Member of the Tamil Nadu Legislative Assembly and Youth Secretary, DMK and Mr. Sandeep Gupta, Chief Operating Officer, Atria Convergence Technologies Ltd and other dignitaries, and officials.

Installation of Wi-Fi hotspots across the city is a great way to keep more people connected and give them access to the internet. This launch marks the beginning of the Tamil Nadu Govt.’s vision to establish a large-scale public wi-fi network for its citizens.

Each of the 224 Wi-Fi hotspots are powered by ACT SmartFiber™ Technology, that will ensure superfast and safe internet experiences. This technology enables users with smooth, seamless connectivity for video content, including calling, streaming, and ultra-fast file transfers on ACT’s Gigabit-enabled network at scale. With implementation of the SmartFiber™ technology, ACT Fibernet was also recognised by Ookla, as the fastest and most consistent wired broadband network in Chennai. A study by InMobi in April 2021 has concluded that ACT is the best broadband for streaming in Chennai.

Users will have to login through the ACT Free Wi-Fi portal with their phone number and OTP and use free internet for 45 mins at 20 Mbps speed and 1 GB data limit without any cost. These hotspots are located across the city in Amma Canteens, Corporation Parks, T-Nagar Smart City, Triplicane, Royapettai, Napier Park/ May Day Park and Ratna Café junction for easy access.

Speaking on the occasion, Shri. Udhayanidhi Stalin, Member of the Tamil Nadu Legislative Assembly and Youth Secretary, DMK, said, “The Wi-Fi hotspots in Chennai are a step towards establishing the city as a Smart City. I am happy that a great number of people will now be able to enjoy free internet and make good use of it in public spaces. ACT Fibernet has been a trusted industry partner for many years, and I thank them for their support to set-up this Wi-Fi project.”

Mr. Bala Malladi, CEO Atria Convergence Technologies (ACT), said, “ACT Fibernet has always believed in using the internet as a force for good - to help people transform their lives. The free public Wi-Fi will assist in bridging the digital divide, whether for students, professionals, or the general public. It is an honour to be a part of the Government of Tamil Nadu’s prestigious project contribute to the development of Chennai and its citizens.”

Internet penetration is expected to reach new heights in the next few years, due to the government's constant push to achieve a 'Digital India' and making internet affordable for all. Since 2000, ACT Fibernet has been a driving force behind the development of fibre broadband internet in India. It is largest Non-Telco ISP in the country, today.

ACT Fibernet is one of largest wired ISPs (Internet Service Provider) in India. Headquartered in Bangalore it has operations in 19 cities with 1.8 million customers. ACT Fibernet is known for its cutting-edge technology and high-speed broadband connectivity that the company provides to its customers. In 2019, ACT Fibernet forayed in the consumer category with the launch of its product ACT stream TV 4K. ACT Fibernet was the first broadband service provider to bring 1 Giga speed connectivity in India to the city of Hyderabad in 2017, followed by Bengaluru and Chennai in 2018. ACT Fibernet has been recognized as India’s most Consistent Broadband Network in 2020 by Ookla, Best Brands 2020 in the broadband category by The Economic Times, Best Broadband for Streaming in Hyderabad and Chennai as per research conducted by InMobi in Sept 2020, and No.1 Broadband for Gaming according to The Times of India Report, 2020.

Posted by editor-manu-sharma at 11:49 AM