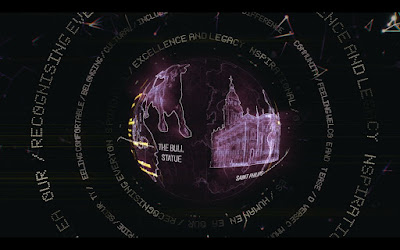 A unique artistic collaboration powered by people of the Commonwealth has today been unveiled for the first time in Delhi, India. Dubbed the ‘Relaytionship’, the artwork has been launched by the Business and Tourism Programme and is a fluid and dynamic piece of digital art, evolving and growing alongside the Birmingham 2022 Queen’s Baton Relay as it traverses 72 nations and territories of the Commonwealth in 294 days.

Having launched in October in the West Midlands – home to Coventry UK City of Culture 2021 and the Birmingham 2022 Commonwealth Games – this is the first reveal of the Relaytionship which has gathered pace and been fuelled by contributions from people across the globe.

To coincide with the Queen’s Baton arriving in the country, the first evolution of the poem and artwork has been revealed at a virtual showcase event, hosted by the British High Commissioner to India, Alex Ellis.

The Relaytionship artwork was revealed by Apache Indian, who grew up in Handsworth in Birmingham, during the virtual showcase event.

Originally designed by West Midlands-based audio-visual artist Tommy Xiao Ji in collaboration with spoken word artist Amerah Saleh, the Relaytionship was created by the Business and Tourism Programme to embody the artistic and diverse heritage of the West Midlands whilst reflecting the power of art to connect cultures, countries, and continents.

The artistic collaboration will absorb words and images from people in India, a country with a rich poetic legacy and influence, and continue its journey alongside the Queen’s Baton. Having connected voices from every corner of the Commonwealth, a final version of the hybrid piece of artwork will be revealed when the Queen’s Baton returns to the West Midlands.

Amerah Saleh said: “In October we asked communities around the Commonwealth ‘What does Home mean to you? What does Incredible mean to you?’ and it is inspiring to see the first wave of responses unveiled. As we hoped to demonstrate when we launched the Relaytionship, we are all more connected that you would think. I look forward to developing the artwork as the poem develops and encourage everyone to express what Home and Incredible means to them.”

Becky Frall, Head of Tourism at the West Midlands Growth Company, which aims to attract more visitors the region said: “The West Midlands’ destinations have a rich arts and culture offer, and it is exhilarating to see how well the concept of the Relaytionship is resonating in India. What the artwork has also revealed is the affinity between the West Midlands region and India, how connected we are despite the thousands of miles that separate us, and how our bond continues to evolve. We look forward to welcoming Indian visitors once again, as travel recommences and restrictions ease. We hope that this sentiment will continue to engage and build audiences as the artwork grows.”