Ankit Wadhawan Emerged As The FTS 3.0 Main Event Winner With A Jaw-Dropping Pay Out Of INR 33 Lakhs 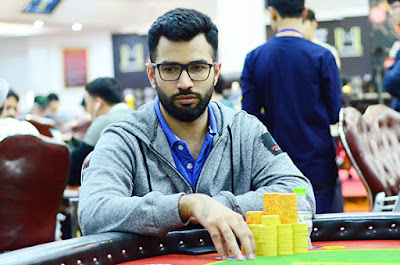 Congratulating the winners of FTS 3.0, Mr Amin Rozani, Group CEO of Quadrific Media Pvt Ltd said, “We are delighted with the players’ enthusiasm and interest that keeps pushing us to continue organising such virtual poker events twice a year, so they can have a bigger platform to master their skills and compete with other poker legends across the nation.”

Talking about his win and experience playing at the virtual table of FTS 3.0, Ankit Wadhawan, the Main Event winner said, “This edition has been a roller coaster ride for me, moving from the final table of Head-hunter event to winning the FTS 3.0 Main Event was a great feeling that I’m unable to put in words. Final Table Series is a great platform for Indian poker players, I am thankful to the entire team for arranging such a nail-biting poker series and giving us all an opportunity to showcase our skills.”

Quadnet Poker Network (www.quadnet.co) is an initiative by Quadrific Media Private Limited (QMPL). QMPL is an India-centric one-stop gaming destination that offers a seamless, multi-gaming experience including poker, rummy, and other gaming formats. Founded in 2014 by Amin Rozani, Peter Abraham, and Sameer Rattonsey, Quadrific Media Private Limited started with poker as its forte. They created well-known IPs in both the live (India Poker Championship) and online poker space to empower players from across the country to play and compete with each other at the highest levels. The group aims to encourage mind sports as a profitable and consumer-friendly entertainment avenue where young aspirants can even look at taking gaming up as a rewarding career.

Posted by editor-manu-sharma at 4:56 PM