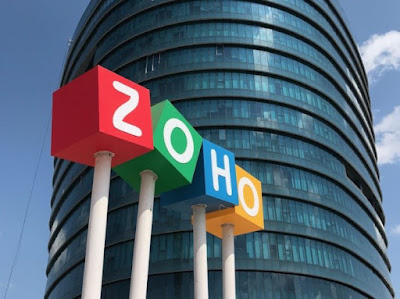 Zoho Corp, the Chennai-headquartered global technology company, has today released a study detailing the socio-economic impact of its rural office in Tenkasi over the past decade. Economix Consulting Group (ECG), a Chennai-based consulting firm that conducted the study, did around 7,300 minutes of interactions with nearly 300 stakeholders. The study revealed several areas of positive impact in Tenkasi district such as overall income, women empowerment, education and skill-building, employment, and community development.

Over the past year, Zoho has intensified its rural revival initiatives. It has opened around 20 satellite offices in rural and non-urban areas around the world, mostly in India. The Indian offices, started to cater to the employees who wanted to continue working from their hometowns during the pandemic, are located in Tamil Nadu, Kerala, Andhra Pradesh and Bihar. Zoho plans to open 100 new offices around the world. The company has traditionally stayed away from urban centres, believing that software can be built from anywhere.

"There is a lot of latent talent in the world that is waiting for an opportunity," said Sridhar Vembu, CEO and Co-founder, Zoho Corp. "The concentration of jobs in urban cities has taken away talented youth from the villages where they are most needed. By bringing high-paying jobs to villages, Zoho is helping restore the talent where it belongs. Over a period, we can see it benefit the local community, and lead to overall development and economic growth. On the other hand, it allows our employees to stay close to their families and enjoy a better standard of living. The study has helped us capture the long-term impact of rural offices, and validated our approach."

Zoho, which is celebrating its 25th anniversary, had opened its first rural office in Mathlamparai, Tenkasi in 2011 with six employees. Currently, the office has around 500 employees. It also has a division of Zoho Schools of Learning (ZSL), a programme through which students who have completed Class 12th or a diploma course are trained and hired as employees. Over the past decade, Zoho's presence has led to an increase in overall income, provided skill-building and employment opportunities for youth, empowered women with greater agency, and contributed significantly to Tenkasi's socio-economic development, the ECG study has found.

Key findings of the study:

1. Community impact: Zoho has helped revamp infrastructure of local schools, improve sanitation and hygiene through waste clearance, pond desilting and undertaking other development initiatives. Zoho has also been running an agricultural farm from Tenkasi, providing livelihood for field workers. According to local elected and administrative officials:

Zoho is one of the main reasons for Tenkasi being given a district status.

New housing facilities are being constructed to accommodate Zoho employees.

Farming initiatives by Zoho have created awareness about organic farming to some extent amongst the locals and farmers. The panchayat has now started producing vermicompost.

2. Indirect job/wealth creation: Zoho has had a significantly positive impact on suppliers and vendors it works with. In addition to benefitting them financially, there has been a ripple effect in terms of their ability to support their children’s education and take care of their extended family.

About 44% report that they have been able to acquire more clients due to their association with Zoho.

50% report being able to ‘improve the education and healthcare of their family’ because of their partnership with Zoho.

69% indicate that they are able to support their extended family financially, of whom 82% contribute ‘more than 50%’ of their earnings.

63% said they were able to ‘uplift the livelihood of their relatives, friends,' thanks to Zoho.

i. Re-distribution of wealth and rise in overall income: The study shows a significant positive impact on Zoho employees hailing from Tenkasi, Tirunelveli, and surrounding areas. Besides vastly improving their standard of living, Zoho has enabled them to support their extended families and friends financially.

58% employees report that they support the education expenses of one or more immediate or extended family member; 67% employees provide some form of support (monetary or otherwise) to family or friends since their employment with Zoho.

95% of Zoho Schools of Learning-Tenkasi alumni, currently living outside Tenkasi, report some form of support (monetary or otherwise) to immediate or extended family or friends since their employment with Zoho, of whom 94% report monetary support to family.

ii) Empowerment of women: As per the last available public data, female literacy in Tenkasi was 45% and women’s participation in the workforce was around 35% (agricultural) and 58% (non-agricultural). The nature of work largely remains in low-paying jobs. Zoho affords a way out of this.

A healthy 64% of women employees report spending more on themselves since their employment with Zoho.

38% report that they make their own lifestyle decisions.

22% indicate that they always make their financial decisions, and an equivalent 22% report making those decisions in conjunction with family.

75% of the women respondents among the ZSL-Tenkasi alumni currently living outside Tenkasi, indicate that financial decisions are made by them in conjunction with a male family member.

iii) Offering an alternative to conventional method of education: Zoho has had a significantly positive impact on Zoho Schools of Learning-Tenkasi students, faculty and their families. It has made them more confident and articulate (including English language skills), enhanced their social skills, and provided them with an opportunity to support their families.

More than 75% students opine that the balance between classroom and on-the-job training is perfect, are confident of getting jobs outside Zoho and about fulfilling family's aspirations, and feel better about themselves with respect to their college peers.

All the teachers feel that ZSL is superior to other educational institutions. The curriculum is updated every 6-12 months to address the needs of the industry and the students. The faculty opine that the training also prepares the students for jobs outside of Zoho.

"The Socio-Economic Impact Measurement model curated for Zoho is a judicious mix of quantitative and qualitative factors, with significant emphasis on qualitative assessment using ECG's '360° Eye' Stakeholder Consultation Process," said Latha  Ramanathan, Founder and CEO, ECG. "Often, in such studies, the pursuit of majority (quantitatively) leads to ignoring the opinions/feelings of the minority. The qualitative aspect of the model ensured that irrespective of the sample size within each group, their views and voices were heard and incorporated. The personal and professional impacts, impacts on families, and impacts on small businesses, coupled with the quantitative assessment, resulted in the final output of the study. For the ECG team, listening to the students and other stakeholders was incredibly moving and powerful."

The Measuring Impact Framework was developed by the World Business Council for Sustainable Development in 2006, in partnership with the International Finance Corporation (IFC) to enable business to measure its impact on society. It takes the first steps in measuring business contributions in line with a broader view on societal value. The framework moves beyond conventional reporting to outline the contributions of business activity from the perspective of various relevant stakeholders.

While modelling the methodology on the Measuring Impact framework, ECG has designed their approach using “stakeholder consultations” as the central, holistic theme with their 360° framework to measuring impacts, that are both relevant and contextually significant. A mixture of quantitative indicators, qualitative observations and respondent quotations are used to evaluate the contributions of the organisation to “each distinct group” of stakeholders. This is supported throughout by significant secondary research to meaningfully evaluate the survey results. Gradients based on availability and validity of evidence are then used to rank the outcomes in order of their impact on the social environment in which the business operates and the organisation’s ability to sustain its socio-economic footprint.

With 50+ apps in nearly every major business category, including sales, marketing, customer support, accounting and back office operations, and an array of productivity and collaboration tools, Zoho Corporation is one of the world's most prolific software companies. Zoho is privately held and profitable with more than 9,000 employees. Zoho is headquartered in Austin, Texas with international headquarters in Chennai, India. Additional offices are in the United States, India, Japan, China, Singapore, Mexico, Australia, the Netherlands, and the United Arab Emirates. Zoho respects user privacy and does not have an ad-revenue model in any part of its business, including its free products. More than 60 million users around the world, across hundreds of thousands of companies, rely on Zoho every day to run their businesses, including Zoho itself.

ECG (www.economixconsulting.com) is a Chennai based niche consulting and analytics firm focusing on Consumer Behaviour and Strategic Insights. Since its inception in 2016, ECG has specialised in enabling B2C organizations "listen to the voice of their customers" in a cost-effective and swift manner. ECG also enables strategic decision making through "actionable" studies using their 360° Eye approach to stakeholder consultations.

Posted by editor-manu-sharma at 2:50 PM