Adidas Has Launched Their Global Campaign Impossible Is Nothing Featuring Ranveer 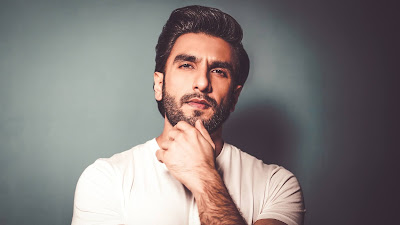 I debunked the idea that what I was trying to achieve was impossible!’ : Ranveer Singh on how he kept chasing his dreams by believing that impossible is nothing for him

Bollywood superstar and youth icon Ranveer Singh is a cultural phenomenon - an actor, a bona fide fashion icon, the face of Indian hip hop, an artist entrepreneur - he is a genuine disruptor and a true blue game-changer in the sphere of entertainment in India. A rank outsider, self-made in the entertainment business, Ranveer has carved his name in the history of Indian cinema over the span of a decade with his incredible era-defining performances. He says he has achieved everything in life by believing in impossible is nothing.

His brand of fearlessness and ferocity resonates deeply with the youth of country that aspires to rise above their lot that dreams to shatter glass ceilings on the power of their own merit. His unique, original and totally unconventional public persona has cut through stereotypes to not only defy cultural expectations but also shape pop culture of today.

As a true youth icon, he has the spotlight of a huge nation fixed on him. He had chosen to lead from the front in the music industry too by founding an artist collective Inc Ink - a platform that supports talented musicians across the country to shine bright on a global stage. We caught up with Ranveer Singh to discuss how he always believed in the possibility of achieving the impossible.

Q: From multiple rejections at the start of your career to becoming people’s superstar now. Tell us about the time when you stared at uncertainty as a struggler and how you kept your eyes on the prize and told yourself that impossible is nothing.

Ranveer: “At different points and in several instances during my struggling years, I felt like there was no hope. Getting one’s foot inside the door of a largely exclusive entertainment industry seemed unachievable. But I persisted - you could say I was both hungry and foolish, and More than anything believed in my abilities and in my potential. Even back then, when I had nothing, the same driven, tenacious and meticulous work ethic was characteristic of my hustle. I was well aware of what a long shot it was. But I was willing to take that leap of faith. When there wasn’t a good lead in sight for long periods , the phone wouldn’t ring for months, my faith was challenged, but I debunked the idea that what I was trying to achieve was impossible. I stayed focused in the most testing of times. I almost forced the universe into making it happen for me. My single-mindedness and determination eventually paid off and my dream became my reality. Ever since, every day feels like I am living a dream.”

Q: When you joined the film industry you were told that you didn't have the quintessential looks associated with an actor, nor did you have film lineage. You are now a global youth icon of India. What has been the biggest learnings on your journey to superstardom?

Ranveer : “When young actors, especially ‘outsiders’ , come up to me seeking advice on how to navigate their hustle- the first and most important thing I tell them is “do it for the right reasons. Do it simply because you love performing.” I urge them to not be lured towards performing arts or the entertainment business because success in this field comes with fame and money. Those are transient , they are frills - just trappings. So I say, Be true to your craft and do it for the love of , and for the joy of performing. Another thing I learned along the way, is that authenticity has the most resonance. If you try being something that you are inherently not, you are doing a disservice to yourself. If you stay true to who you are , if you lose the fear of being judged, only then will you vibrate at a high frequency. ‘You do you’, I tell them. Be original, be your unique self. And another important thing I’ve learned is to keep taking risks. The bigger the risk, the bigger the reward. You may falter during that process, but I believe that there are no failures in life- there are only lessons.”

Q: While your career truly shows that impossible is nothing for you, you are now providing a huge platform to fellow dreamers who are rank outsiders in the music industry. Tell us about the moment when your decided that an outsider has to stand beside fellow outsiders.

Ranveer : “One can have the passion and grit and can even prepare endlessly for the moment that one gets to shine. But often times the missing piece of the puzzle is ‘opportunity’. My hustle was as difficult as it was because of the sheer lack of opportunities. That’s what I wanted to create for fellow dreamers. To provide the opportunity to young creators who were burning with passion. To give them a platform to showcase their talent. It is my way of giving back. It is my way of paying forward the blessings I have received. It is my way of showing gratitude to the universe.”

Q: You were an true blue underdog when you made your debut and now you are championing films about underdogs like 83, Gully Boy, Jayeshbhai Jordaar - how much do you draw from your real life impossible is nothing journey to deliver these performances?

Ranveer : “For each different character, one has to tap into one’s own bank of experiences to make the portrayal truthful, visceral and honest. I deeply empathise with the underdog characters that I’ve played because I’ve been through a similar journey in my own life. There is a dialogue from the film ‘gully boy’ which broadly translates from Hindi into this : “I refuse to change my dreams to match my reality, I will change my reality to match my dreams.” I have felt this sentiment deep down in my soul. When these characters have to prove themselves against all odds, I can relate to that struggle at a very profound level. In Gully Boy, Murad achieves the impossible. In 83, Kapil’s devils achieve the impossible. I can lend truth to these roles because I’ve been there in my own journey. I feel their disillusionment, I feel their anger, their frustration, I feel their grit... all in a very intense way because I’ve been through it myself. I’ve felt it for real.”

Adidas has launched their global campaign Impossible is Nothing featuring Ranveer. It highlights the journey of a young boy, with eyes full of dreams, who chased the impossible and became a supernova in India. Interestingly this global campaign releases on the 10th year of Ranveer’s spectacular run in cinema, making this a truly significant moment of how he has shaped pop culture and given audiences some of the most loved on-screen characters in Indian cinematic history.

Posted by editor-manu-sharma at 3:27 PM