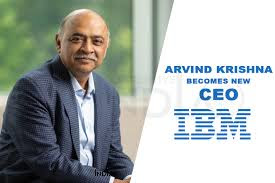 As IBM splits into two companies globally, separating the heritage IT infrastructure-managed services business from the futuristic hybrid cloud and AI piece, Arvind Krishna, Indian-born chief executive officer (CEO) of the technology major, has said the split will have “no material impact” on its Indian operations and structure while it unlocks enough potential in the country in both the spaces.

The separation, he said, would come into force in the second quarter of 2021, creating two companies globally as well as in India with different heads.

We will have two entities in India but it will take a year to play out. I expect most people to find a place in one or the other (company),” said Krishna, who succeeded Ginni Rometty as CEO in January this year.

“We have not done the full employee split but close to 100 per cent of our clients get touched by our infrastructure-managed services employees. Maybe about one-third to one-fourth of our India employees will be part of the new company.”

Unlike many global technology companies, IBM is uniquely positioned in India, which is not only a large market for the Big Blue but also houses a big chunk of its global employee base.

Over 33 per cent of IBM’s global workforce of around 380,000 are estimated to be located out of India. The technology major, which reported revenues of Rs 26,542 crore from the Indian market in FY19, counts several large banks including the State Bank of India (SBI) and Bank of Baroda, and telcos such as Bharti Airtel and Vodafone among its clients.

Krishna said the company saw huge opportunities in the hybrid cloud space, where the company is uniquely positioned as compared with Microsoft and AWS.

Two of the largest telecom operators in the country, including Airtel and Vodafone, he said, are using its platform while SBI has partnered it for the cloud transformation of its banking app Yono.

“People have to work in an environment that involves both public and private clouds, and we believe that we have the best answer (for that) that is based on open technology. It allows you to run (your data) anywhere and when you run across multiple environments,” said Krishna, who graduated from IIT-Kanpur and has a PhD from University of Illinois. He has been with IBM since 1990.

The CEO said he expected the firm’s India footprint to grow stronger both in its services as well as software and R&D business.

“As our business expands in services, there will be opportunities for employment, promotions, skills, and interactions with university and all of that.”

With the separation of two businesses, IBM expects the hybrid cloud and AI-focused company would target $1 trillion while managed infrastructure will also continue to grow with a $500 billion market opportunity.