Karnataka Government Approves Sale of 3,667 Acres of Land Near Bellari to JSW Steel 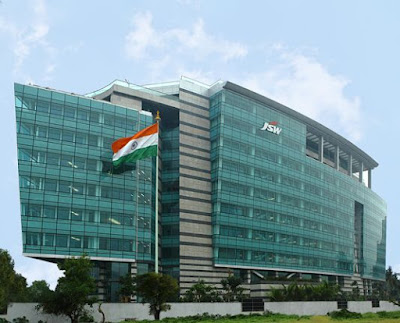 This land was allotted to the JSW Steel in 2006 and 2007 - in two separate government orders - on lease for a period of ten years in Toranagallu and Karekuppa villages of Ballari district. After that, the lease was to be converted into the sale as per the original agreement.

“This land has been fully developed with all the infrastructure providing employment to tens and thousands of people. As per law, we are converting this lease into a sale,” Rural Development and Panchayat Raj (RDPR) Minister Krishna Byre Gowda said briefing reporters.

The company has already paid the government about Rs 18 crore. “The finance department has said the (sale) amount should not be less than the guidance value prevailing at the time of allotment. So, the company will be asked to pay the difference amount, if any,” Gowda said.

The JSW facility boasts of a steel production capacity of 12 million tonnes per annum (MTPA).

Gowda rejected BJP leader Jagadish Shettar’s allegation that this was a “murky” land deal. “All this happened when the BJP was in power,” Gowda said. “We have the advocate general’s opinion which is clear that the lease has to be converted into a sale.”

Apparently, this proposal witnessed much debate in the Cabinet with members seeking more clarity. “The lease-cum-sale deed is done while allotting land to industries to prevent misuse. An outright sale may result in the land being used for non-industrial purposes. So, the land is given at a reasonable rate and we impose conditions,” Gowda explained.

Senior Congress leader and former H K Patil, however, shot off a letter to Chief Minister H D Kumaraswamy opposing the move. “The Jindal company, which faces allegations of illegal mining, owes Rs 1,200 crore to the Mysore Minerals Limited. Also, the 2014-19 industrial policy allows leasing out industrial land for 99 years to prevent sale,” Patil said.
Posted by editor-manu-sharma at 11:16 AM