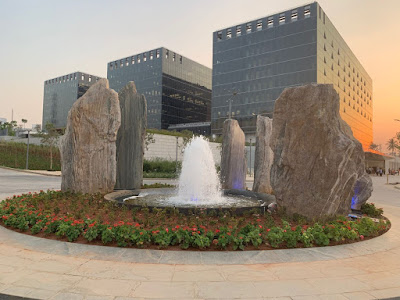 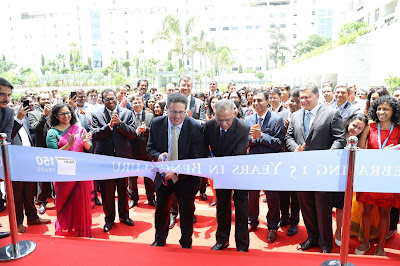 Goldman Sachs, a leading global investment bank, today announced a major milestone in its continued growth in India with the opening of its new $250 million Bengaluru office. Located at Helios Business Park, 150 Outer Ring Road (“150 ORR”), the new office will serve as a global center supporting innovation at the intersections of technology and financial services.

Chairman and Chief Executive Officer David M. Solomon said: “The Bengaluru office has grown in size and technological sophistication to become an incubator of talent for our businesses around the world. The significant investment we have made to build this state-of-the- art workplace reflects the importance placed on the high-quality work done in India and our focus on hiring the best people.”

The Bengaluru operations started in 2004. Today it has employees over 5,000 professionals and is Goldman Sachs’ third largest office in the world by headcount and an integral part of the firm’s global activities, especially in the arena of technology where it has the second largest number of engineers after the firm’s New York headquarters.

Over the past five years, the Bengaluru office headcount has grown at approximately 24 percent CAGR (year-over-year growth rate). During the same period, Goldman Sachs has also increased campus hiring of full-time employees in India by 20 percent. In the past two years, engineering campus recruitment in India has increased by more than 60 percent (full-time hires and interns). In 2018, Goldman Sachs recruited from 89 Indian universities and post-graduate programs.

Gunjan Samtani, head of Goldman Sachs in Bengaluru, said: “Our Bengaluru office has become one of the firm’s global centers of innovation focused on the development and application of artificial intelligence, machine learning and data analytics to help solve business problems for our worldwide network. The world-class facilities built into 150 ORR, which is a name that commemorates the firm’s 150th anniversary this year, will enable our people to further locally
innovate and collaborate with our offices around the world.”

In addition to developing successful, long-term domestic careers, the office has also been a global exporter of exceptional talent. For the past five years, over 700 Indian professionals, who started their careers at Goldman Sachs in Bengaluru, have relocated internationally to 30 Goldman Sachs offices around the world, including New York, London, Hong Kong and San Francisco, across global divisions and business units, including Securities, Investment Banking, Research and Technology.


In 2014, Goldman Sachs first broke ground for the construction of the new Bengaluru office. Reflecting the firm’s broader commitment to sustainability, 150 ORR has been designed to achieve LEED Platinum i and WELL Gold certifications ii. It is one of the largest commercial office buildings in India to achieve such high ratings.

In 2018, Goldman Sachs Bengaluru was named to LinkedIn’s “Top 25 Companies: Where India Wants to Work Now” list and the “100 Best Companies for Women in India” list by Working Mother & AVTAR.
Posted by editor-manu-sharma at 7:39 PM