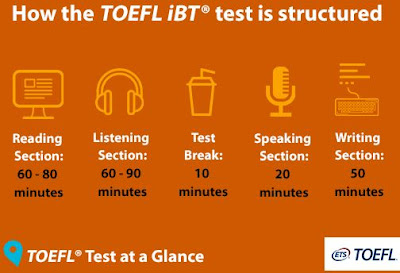 The Test of English as a Foreign Language (TOEFL) is set to undergo a revamp from August with the duration shortened and scores mentioning the best sections of an individual’s test if the exam is taken more than once.

The Educational Testing Services (ETS), known for conducting the global TOEFL and GRE tests, is working on making changes in the test in sync with the changing demands of the educational institutions.

“A growing number of institutions are acknowledging the value of seeing applicants’ best section scores when they take a standardised test more than once. We also know that our test takers want an English language test that helps them stand out to admissions officers,” said ETS’ Srikant Gopal, Executive Director of TOEFL Programme.

“The changes which will come in effect from August,” he added.
Posted by editor-manu-sharma at 12:56 PM