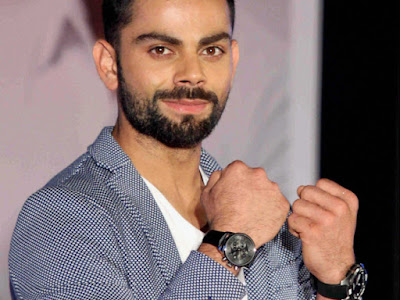 Street cricket has been an integral part of almost everyone’s childhood, especially if you are born in a cricket-crazy nation like India.

On Thursday, star India cricketer Virat Kohli walked down memory lane and recalled funny street cricket slangs used during his childhood in a video uploaded by him and sportswear brand PUMA on its social media platforms.

A video, titled Do You Know Your Cricket Slang put the spotlight on Kohli as the batting icon explained the meanings of popular local slangs used in Indian street cricket such as ‘Batta’ and ‘Baby Over’.

Kohli couldn’t hold back the laughter as he narrated the instances in response to local cricket terms. “Batta is a desi and rugged word for chucking,” Kohli said as part of his funny response to the term as he spent some light moments off-the-field in a short fun video clip.

Batta is a commonly used word in Indian street cricket where a bowler might chuck the ball.

The 33-year-old batting legend is also known for his fun and jovial side. The amusing video clip, organised by PUMA, witnessed the passionate cricketer’s off-the-field personality. Cricket is full of offbeat terms and expressions and a successful player ought to know his game-glossary well.

Kohli has, undoubtedly, performed exceedingly well over the last few weeks, slamming his much-awaited 71st century as well as two half-centuries to conclude tournament as the second highest run-getter.

PUMA shares a close association with Kohli since 2017 and collaborates with him on brand one8. The German sportswear brand is also the official kit partner of IPL franchise Royal Challengers Bangalore with Kohli as a key player in the team.

Posted by editor-manu-sharma at 5:09 PM