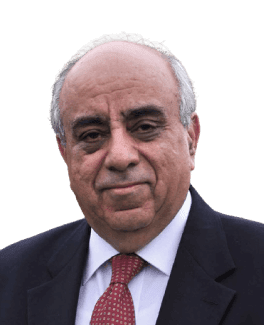 Mahindra Lifespace Developers Ltd., announced Arun Nanda’s retirement from the Board and as its long-standing Chairman. He will be succeeded by Ameet Hariani, who has been an Independent Director on the Board since 2017.

Arun Nanda joined the Mahindra Group in 1973 and has held several important positions within the Group over the years. He was inducted to the Board of Mahindra & Mahindra Ltd. (M&M) in August 1992 and resigned as Executive Director in March 2010 to focus on the social sector and create a favourable ecosystem for senior citizens. He continued as a non-executive director of M&M from April 2010 till August 2014. Arun Nanda served as a Director of the National Skill Development Corporation, Chairman of CII Western Region Council, Chairman of CII’s National Committee on Skill Development & Livelihood, and Member of the Governing Body of Helpage India. Arun Nanda is also Chairman Emeritus of the Indo-French Chamber of Commerce.  He is recipient of the highest honour, “Chevalier de la Legion d’Honneur” (Knight of the National Order of the Legion of Honour), by the President of the French Republic Mr. Nicolas Sarkozy in 2008, and several lifetime achievement awards from various industry bodies and media.

Arun will always be remembered for his pioneering work in setting up the country’s first SEZ under the PPP model in Chennai and later in Jaipur. He will continue as the Chairman of Mahindra Holidays & Resorts (I) Ltd and Holiday Club Resorts Oy., Finland and as a Director of Mahindra Holdings Ltd.

Speaking about the announcement, Anand Mahindra, Chairman, Mahindra Group, stated, “Arun has been an invaluable part of the Mahindra Group and been instrumental in its growth and expansion, especially in the services business. He spearheaded the Group’s foray into real estate and hospitality and set up Mahindra Holidays and Mahindra Lifespaces. His leadership and guidance over the decades, enabled these businesses to flourish and become key contributors to the diversity of the Group. He has been a mentor to several other businesses within the Group and his work in the social sector, particularly for senior citizens is laudable. Arun remains a trusted advisor and a friend and I wish him all the best as he continues his work within the Group and with the industry.”

Commenting on the announcement, Arun Nanda, stated, “I feel blessed to have been associated with the Mahindra Group in various capacities for nearly 50 years.  It gave me the opportunity to transition from a Chartered Accountant and Company Secretary to an Intrapreneur.  All this was possible because of the empowerment and trust Mr. Keshub Mahindra and Anand had in me.  As I get closer to 75, I want to spend more time with my Foundations working with senior citizens and skilling of youth, particularly in the tribal areas.  Mahindra Lifespaces holds a special place in my heart since I have been associated with the business since its inception.  I feel gratified that I am stepping down when the Company is on a very sound footing and growth path led by a strong Management. I wish the Company continued growth and success.”

Anish Shah, Managing Director and CEO, Mahindra Group, commented, “Arun is an exceptional leader who has had a deep impact on the Mahindra Group. He has played a crucial role in building the foundation for the Group over nearly half a century, which included setting up our real estate and hospitality sectors. We truly appreciate his contribution to the Mahindra Group, and his pioneering work in setting up the Mahindra World Cities. His contribution to critical industry areas such as skill development is significant. He remains an integral part of the Mahindra Group and continues to support the next generation of leaders. I am also very happy to welcome Ameet Hariani as the Chairman of the Board of Mahindra Lifespaces and am confident that the company will embark on the next chapter of growth under his guidance.”

Ameet Hariani is one of the country’s leading advocates with over 35 years of experience advising clients on corporate and commercial law, mergers and acquisitions, real estate and real estate finance transactions. He is the Founder and Managing Partner of Hariani & Co. Ameet has now transitioned to advisory practice as a senior legal counsel and acting as an arbitrator. He is a speaker at many events; and also writes frequently. He has authored a book on “Real Estate Laws”. Ameet is a Trustee of Healing Touch, an organization for assisting children with health issues. Ameet is also an Independent Director on the board of Mahindra Logistics Limited.

The first real estate company in India to have committed to the global Science Based Targets initiative (SBTi), all Mahindra Lifespaces’ projects are certified environment friendly. With a 100% Green portfolio since 2013, the Company is working towards carbon neutrality by 2040 and actively supports research on green buildings tailored to climatic conditions in India.  Mahindra Lifespaces® is the recipient of over 80 awards for its projects and ESG initiatives.

Posted by editor-manu-sharma at 2:25 PM