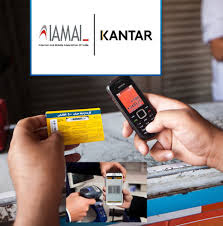 The recently released IAMAI KANTAR report titled ‘Internet in India’, based on ICUBE 2021 study, reflects a remarkable surge in internet users in rural India. According to the report, at present there are 692 million active internet users in India, and much of the growth continues to be driven by rural India (351 Mn users with 37% penetration), as urban India seems to have hit a plateau (341 Mn users with 69% penetration). The report also estimates that there will be 900 million internet users in India by 2025 led by rural growth. In terms of states, Goa has the maximum internet penetration while Bihar has the lowest.

More importantly for internet businesses in India, around 346 million Indians are engaged in actual online transactions such as e-commerce and digital payments, a number which is greater than the total US population estimated at 331 million. The global pandemic witnessed a record 51% increase in digital transactions in just two years from 230 Mn in 2019 in India.

In terms of gender break-up, there are more male internet users in India than female users, with almost similar gender ratios across both urban and rural users.

In terms of user cases, Entertainment, Communications and Social media are the top three activities engaged in by internet users across India. While Communications using text and e-mail is the most popular usage, the survey suggests that Voice and Indic languages usage will be the key drivers of growth in the future with two out of five rural internet users having done voice-based activities on their phones. The penetration of OTT services in rural India is at par with that in urban India, however, the penetration of other digital services such as online gaming, digital commerce and digital payments is still skewed in favour of urban users. This reflects a large head room for growth of such services among the rural population.

At present around 762 Mn Indians have not adopted internet yet, out of which 63% are rural Indians. ‘Difficulty to understand the Internet’, continues to be primary deterrent along with lack of awareness, especially in rural India.

About ‘Internet in India’ report

‘Internet in India’ report based on the ICUBE 2021 study, covering over 77,000+ households across all states and Union Territories of India (barring Lakshadweep), is an annual report which is the oldest and most comprehensive survey of internet usage in the country. The report is jointly prepared by Internet and Mobile Association of India (IAMAI) and KANTAR, the world’s leading marketing data and analytics company.

About Internet and Mobile Association of India

Established in 2004, the Internet and Mobile Association of India (IAMAI) is a not-for-profit industry body and the country's only organization representing the digital services industry with over 400 Indian and multinational corporations as its members, which include established companies in diverse sectors of the digital ecosystem as well as start-ups. Its mandate is to expand and enhance the online and mobile value-added services sectors. It is dedicated to presenting a unified voice of the businesses it represents to the government, investors, consumers and other stakeholders. IAMAI represents varied sectors such as digital advertising, digital entertainment, TravelTech, online gaming, digital payments, Fintech, digital commerce, Edtech, Healthtech, Agritech, blockchain, Big data, ML, AI & IoT, AR/ VR, LogisticsTech and so on.

Kantar is the world’s leading marketing data and analytics company. We have a complete, unique and rounded understanding of how people think, feel and act; globally and locally in over 90 markets. By combining the deep expertise of our people, our data resources and benchmarks and our innovative analytics and technology, we help our clients understand people and inspire growth.

Posted by editor-manu-sharma at 2:35 PM