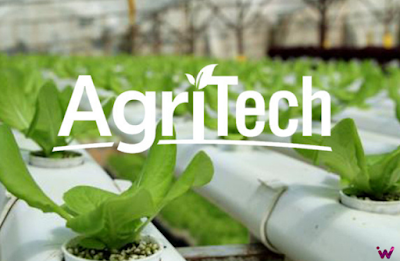 The Future Agriculture Leaders of India Program will hold its FALI 8 Convention on June 4 and 5, 2022 on Jain Hills in Jalgaon.  In its eighth year, FALI has established itself as a unique, high impact program that makes agriculture attractive for the next generation by providing interactive learning, field visits, business plan contests, and exposure to cutting edge agriculture and agribusiness.  This last academic year, FALI provided its program to over 11, 000 eight and nine standard students in 135 government aided rural schools in Maharashtra and Gujarat.  The number of FALI alums totals 25,000, most pursuing higher education in science and agriculture and positioned to be future leaders of Indian agriculture.

The Board of Directors met today and agreed on the expansion plans for FALI.  Over the next ten years, FALI is expected to increase the number of students and schools by 25% a year in Maharashtra and Gujarat, adding Madhya Pradesh, Karnataka and Andhra Pradesh.  At this rate, FALI would have backed the creation of over 250,000 future leaders of Indian agriculture.  The Directors also agreed on programs for FALI alums, internships, scholarships and seed funding for FALI alumni ventures.

The Directors of FALI also reviewed the plans for the FALI 8 Convention to be held on June 1-2 and June 4-5 on Jain Hills in Jalgaon.

Over its first eight years, FALI has received strong support from several leading agribusinesses of India: Godrej Agrovet, Jain Irrigation, UPL, Bayer and StarAgri.  At the FALI Convention on June 4 to 5, senior managers of these companies will participate along with leaders of about ten other agribusinesses and banks interested in supporting FALI 9 and beyond.  These companies see that the results of FALI has shifted attitudes of students and their parents, who before saw subsistence farming as an unattractive career for their children.  FALI students have taken home modern agriculture practices and with FALI, parents see modern, sustainable agriculture and agro-enterprise as a promising path for their children.

Commenting on the Board’s decision to expand the initiative’s reach, Nadir B Godrej, Chairman, Godrej Agrovet Limited, and Chair of the Association for FALI, said, “Despite registering impressive growth by the sector, agriculture in India is losing its sheen with the next generation. We need to overcome economic, social, and psychological barriers jointly. FALI’s efforts have steered over 11,000 students towards modern and sustainable agriculture in the last eight years. Today, as the Chair of the Association for FALI, I am delighted to announce our plans to expand the footprint of this innovative programme to three more states of India. It aligns with our commitment to promote sustainable agriculture and agro-entrepreneurship among the next generation.”

Rajju Shroff, Chair of UPL says:  Many FALI alums will lead the charge in modernizing Indian agriculture. Several FALI alumni have built small agri-enterprises in fruits and vegetables greenhouses, in small commercial livestock operations and in building small pieces of equipment geared to improve small farmer productivity. And these FALI alums have built their businesses while pursuing higher education.

Anil Jain, Vice Chair and CEO of Jain Irrigation says:  In FALI, students learn about the techniques of modern farming.  They also learn how to run an agri-business whether that business is a farm or a greenhouse with fruits and vegetables or a company making agricultural implements. They learn about costing and pricing. They learn about value chains from the farm through processing and packaging to the consumer’s table. They learn how to create something new and better for your village and for India. And FALI is not finished in the ninth standard.  FALI now is starting programs for alumni pursuing higher education in science and agriculture, internships, scholarships and seed funding for FALI ventures.

FALI has received positive evaluations from students and their parents. Many FALI students have improved their family farms, introduced higher value crops with irrigation, better livestock breeds, and accepted best practices such as soil and milk testing.

Partners of FALI support the programme with internships, scholarships and seed funding of ventures, making FALI a life-long experience for many.

At the FALI 8 Convention held in two parts on June 1 and 2 and on June 4 and 5, 2022 in Jain Hills in Jalgaon, over 800 of the top FALI students will participate in business plan and technology innovation contests which will be judged by senior managers of companies which do or plan to support FALI.

Six or seven outstanding FALI alums who are pursuing their studies while building profitable agribusinesses or running impactful rural development programs will be participating in the FALI 8 Convention along with about 40 company and bank leaders who do or plan to support FALI 9 and beyond.

The Agriculture Educators, top MSc and BSc Agriculture graduates, who provide the interactive learning and exposure to best practice to FALI students will be participating in the Convention.

FALI students will engage with progressive farmers who have moved from subsistence farming to commercial success through use of technology and sound business practices.

A video on FALI can be accessed at https://youtu.be/4IbrCqYfOHw. More detailed materials are available, including success stories on FALI alumni.