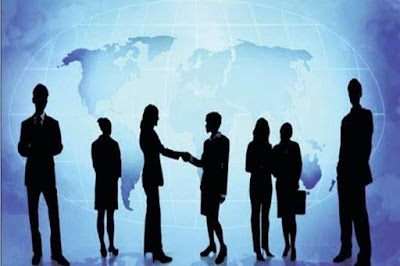 Rotary Club of Bangalore Cantonment and Koncept Ambience, a leading real estate developer in Bengaluru, announced the winners of the “Champions of Change”- Young Achiever Awards 2021-22 at Hotel Chancery Pavillion in Bangalore. This year’s awards and the ceremony were sponsored by Koncept Ambience.

This year 169 applications were received from the youth of Karnataka in the age group of 25 to 40 years for their commendable work done in Karnataka. An eminent jury comprising of Mr. H N Shrinivas, former HR Group Head of the India Hotels and an advisor to Tata Trust,  Ms. Priya Menon, Chief Counsel & Legal Head of 3M , India and Ms. Kavita Chaturvedi, the COO of ITC Foods shortlisted the candidates and made the final selection.

Mr. Vinod Kartavya who excelled in community service by removing nails from trees, aiding transgenders, teaching children, and forming citizen groups to catalyze social action was the winner in the Male category. He was presented with a cheque of Rs 1 lakh along with a trophy and a citation by Mr Avinash Agarwal, Director and Mr Srinivasan S, Executive Director of Koncept Ambience.

Dr Anushya Kadiyala, a medical doctor working for the Government, who helps poor patients through awareness sessions, treatments and tackling heritage diseases beyond the call of her duty was the winner in the Female category. She was awarded the trophy, citation and a cheque of Rs 1 lakh by the Chief Guest, Dr Kavery Nambisan.

A Special Jury Award was also presented to Mr. Sikandar Meera Nayak for the work done in the rural areas through rainwater harvesting and borewell recharging, touching the lives of many farmers in the drought-prone districts of the State. He was given a cheque of Rs 50,000 by Dr Hemant Kalyan, Chief of Orthopedics at Manipal Hospitals along with a citation from Rotary.

Dr. Kavery Nambisan in her Chief Guest’s address spoke of the need to revolutionize medical treatment in India through low-cost innovations so badly needed for the treatment of the poor and the need to look at alternate cures and materials to the expensive present-day protocols in many of the hospitals. She was effusive in her praise for those who come forward to serve society and create meaningful changes in the lives of our citizens.

About Rotary Club of Bangalore Cantonment:

Rotary Club of Bangalore Cantonment is part of the International Rotary Foundation and family. It was founded in 1984 in the Cantonment area of Bangalore and in the over 30 years of its existence been in the forefront of social, community and environmental projects in and around Karnataka serving and uplifting the downtrodden and marginalised sections of our society. It has also done outstanding work in climate change, deforestation, tribal welfare, vocational training, medical aid as well as in artificial limbs etc. Rotary Cantonment has received high accolades and many awards both at the national as well as at the international level.