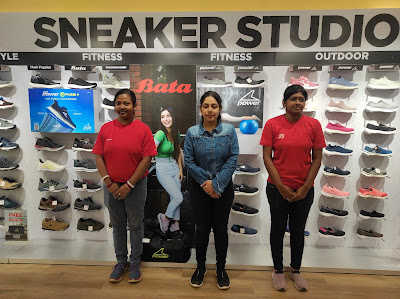 Celebrating the spirit of womanhood, Bata India, one of India’s leading footwear brands, has announced the launch of over 25 all women-run stores on International Women’s Day. As an organisation with a proud history of over 128 years, Bata has always championed the cause of women empowerment and been consistent in its Diversity & Inclusion (D&I) commitment to foster and nurture an environment that is conducive for their growth. The launch of the all women-run stores is yet another endeavour by the brand to empower and encourage women to fearlessly pursue their dreams and #BreakTheBias.

The women-run stores are operational in not only metros like New Delhi, Mumbai, Kolkata, Hyderabad, Bengaluru & Chennai but also Tier 1-3 towns like Pune, Nagpur, Udupi, Jamshedpur and Vishakhapatnam.

Gunjan Shah, MD&CEO-Bata India Limited said: “Diversity & inclusion and empowering women to pursue their dreams has been a key part of very ethos at Bata India. Retail traditionally has been a male dominated space. By increasing the all women-run stores from 10 to over 25 now, we wanted to shatter the glass ceiling and encourage more women to become a part of the fashion retail industry. We have now 25 women-run stores across metros and smaller towns. I’m also heartened by the fact that we have now more women entrepreneurs who are coming up and partnering with us to open Bata franchise stores in smaller towns. At the grass-roots level, we continue to support girls’ school education under the Bata Children Program (BCP) initiative.”

Bata has held a unique place in the hearts of Indians for more than 85 years. Probably the only footwear brand that offers footwear and accessories for the entire family, Bata has redefined the modern footwear industry in India. It has established a leadership position in the industry and is the most-trusted name in branded footwear. It sold more than 47 million pairs of footwear and served 120,000-plus customers almost every day in 2019. Bata India is the largest footwear retailer in India, offering footwear, accessories and bags across brands such as Bata, Hush Puppies, Naturalizer, Power, Marie Claire, Weinbrenner, North Star, Scholl, Bata Comfit and Bubble gummers, to name a few. It retails in more than 1500 Bata own and franchisee stores, on bata.in and in thousands of multi-brand footwear dealer stores pan-India. To make its products accessible to millions of Indians, Bata has evolved its channels and has recently launched new channels like Bata Chat Shop, Bata Home Delivery and Bata Store-on-Wheels for neighbourhood communities.

Posted by editor-manu-sharma at 8:07 PM