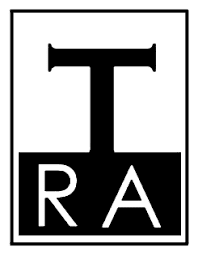 Dell has been ranked as India’s Most Trusted Brand third year in a row in TRA’s Brand Trust Report (BTR) 2022, the eleventh edition in its series. It is followed in second place by Mi Mobiles, which also leads the Mobile Phone Category for the second year and Samsung Mobiles secures the third place. All three brands held the same positions in TRA’s previous year’s report. There are 36 brands from the TATA group that have entered the report this year.

LG Televisions is up by one rank from the previous year to take up 4th rank, topping the Televisions Category, and repeating last report performance. Amazon has climbed eleven ranks over last year to come up to 5th place. Close on its heels at 6th position is LIC, the Public Sector Life Insurance company, soon coming out with its much-awaited IPO. BMW, the premium Four-Wheeler Manufacturer, is at the 7th position this year, up twelve places from the previous report. Titan, the leader of the Watches Category is up thirty-three ranks over last year to occupy 8th rank in this coveted list, and Lenovo Laptops gallops sixty-three ranks to take 9th place. Samsung is ranked 10th, in the Consumer Electronics – Diversified Category.

Sony Entertainment Television, Hindi-GEC, is down four ranks to settle for 11th place. Two-Wheeler Manufacturer, Honda, retains the 12th place it held in the previous report. Tata Salt is the 13th Most Trust Brand in India in 2022, up eight steps, and another Tata brand, Tanishq, is up thirty-four ranks, to come to 14th place. ICICI Bank climbs fourteen positions to reach 15th rank in the Most Trusted Brands list this year.

The batch of brands ranked sixteenth to twentieth have seen a fall in ranks over the previous report. Samsung Television falls seven places to settle at 16th place, followed at 17th by Apple iPhone, witnessing a dive of twelve places, and Vivo at 18th takes a hit of eight ranks this year. LG Refrigerators is ranked 19th with a dip of five, and Maruti Suzuki is down twelve places to be ranked 20th among the 1000 brands listed in TRA’s Most Trusted Brands Report – 2022.

N. Chandramouli, CEO, TRA Research elaborated on the research findings and said, “This year’s report is different in that some group brands have gained substantially over others. For the first time, 36 Tata group brands have entered the list, followed by Godrej with 9 brands. Amul, LG, M&M, Samsung have 8 brands each and Reliance has 7 brands featured in the report.”