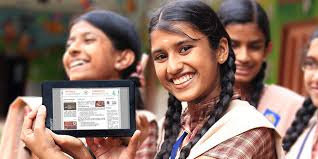 * Computer Training Institute was the top draw among all education services

As the rush for admission in foreign universities gathers pace among Indian students, the demand for IELTS coaching and tutorials increased with maximum searches being generated from Punjab, states the latest Just Dial Consumer Insights.

Overall searches for education services saw a YOY growth of 90% while that for Computer Training Institutes grew by 94%, Spoken English Classes by 91%, and IELTS coaching by 83% across India’s 1000 towns and cities.

The rise in demand for IELTS coaching is in line with government figures that suggest that after a huge 45% drop in 2020 due to COVID, the rush of Indian students aiming for admission in foreign universities in 2021 was almost back to pre-COVID figures.

Just Dial’s latest insights also suggest that most of the demand for IELTS coaching and tutorials is being generated from Punjab. The number of searches generated from the four Punjab cities - Amritsar, Chandigarh, Jalandhar, and Ludhiana - was 30% higher than what was generated by Delhi. Among Tier-I cities, Delhi topped the demand list followed by Ahmedabad and Hyderabad.

Commenting on the latest Just Dial insights, Mr. Prasun Kumar, CMO, Just Dial, said: “It is encouraging to see how Just Dial has become the first port of call for all students, who are looking for specialised coaching and tutorial services across a wide range of subjects. We have been successful in aggregating online the entire offline coaching classes and institutes even in India’s Tier-II towns and cities. Our latest data suggests that demand for IELTS coaching in Tier-II was 56% higher than Tier-I. This signals the deep penetration the brand enjoys even in India’s hinterland across a wide range of services.”

Searches for Computer Training Institutes, which remained the top draw among education services, contributed to 60% of the total searches. YOY demand growth in Tier-I cities also stood at 60% but in Tier-II it was 142%. Among Tier-I, Delhi topped the demand and along with Hyderabad contributed to almost 50% of the searches. Lucknow saw maximum demand among Tier-II and along with Indore, Chandigarh, Bhopal, and Patna made up the top-5.

The number of searches for Spoken English Classes in Tier-I and Tier-II remained the same but the growth rate in Tier-II outpaced that of Tier-I. The demand growth rate in Tier-II was 125% and in Tier-I it was 75%. Delhi made up for almost 1/3rd of the demand from Tier-I cities, while Indore, Patna, Nagpur, Jaipur, and Chandigarh made up the top-5 Tier-II that saw maximum demand rise.

Posted by editor-manu-sharma at 2:44 PM