Travel Differently In 2022: Stay At The Iconic Nelson Mandela House Which Has Been Converted Into A Boutique Hotel 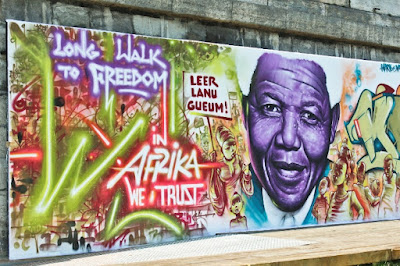 Travel has moved on from being centred around typically touristy experiences, to being something that provides perspective, enrichment and life-defining moments. Today, culture enthusiasts actively seek out places that are steeped in history and heritage. South Africa takes this engagement a step further by allowing guests to stay and immerse themselves in history at the prestigious Nelson Mandela’s House – also known as Sanctuary Mandela.

Resting in a buzzing Johannesburg suburb named Houghton, is the former home of the First President of South Africa, Nelson Mandela. Excitingly, the nine-room house has now been converted into an upmarket, boutique hotel with the capacity to accommodate eighteen guests.

This house was the same place that Mandela came back to after spending 18 years in the prison at Robben Island, where he had been transferred to after being imprisoned for his part in the anti-Apartheid revolutionary struggle. This is also the home where he hosted illustrious dignitaries like Bill Clinton and Michelle Obama!

True to its name, Sanctuary Mandela is surrounded by lush gardens and retreat spaces filled with perfectly curated exhibits that evoke memories of the icon. Every corner of the hotel is envisaged to provide the perfect combination of tranquillity, heritage and mindful experiences.

The renovated hotel has many objects and belongings that adorn the halls displaying Mandela’s role as a Nobel Peace Prize winner, an anti-Apartheid revolutionary, political leader and philanthropist. Visitors will also find monochromatic photographs and copies of his books inside. Filled with mid-century styled furnishings, pressed-metal ceilings along with newly renovated floor-to-ceiling bay windows, the place is nothing short of a serene legacy.

This boutique, luxury hotel manages to reflect two of the basic qualities of the beloved South African president: modesty and elegance. With the addition of the heritage it holds, visitors will find this place to be a perfect historical treat!