57 Percent Of Indians Prefer Searching For Jobs In Regional Languages 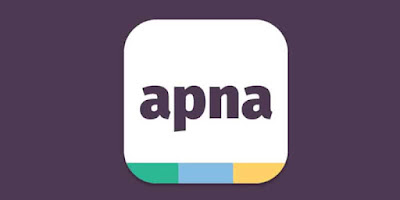 apna.co, India’s largest jobs and professional networking platform in India has today shared that more than 57 percent of its users prefer a vernacular language to search for opportunities and build their professional networks.  Launched in 2019, apna’s app is presently available in 10 languages apart from English, including Hindi, Kannada, Bengali, Assamese, Gujarati, Malayalam, Marathi, Oriya, Tamil, and Telugu.

The vernacular language interface is driving a higher engagement on the platform. The data collected over the last year also reveals that after English, Hindi is the most popular language followed by Kannada and Tamil.

According to apna, users in Tier-II cities are more likely to choose a vernacular language to enable their job search and professional networking. Cities including Jaipur, Jodhpur, Ahmedabad, Jabalpur, Bhilai have the highest percentage of regional language users on apna.  The platform’s data also highlights an increasing percentage of users from metros like Delhi-NCR and Mumbai being more comfortable in looking for a job in a language other than English.

Talking about this trend, Manas Singh, Chief Business Officer, apna.co said “The comfort and familiarity of interacting in their first language builds confidence and enables our users to find hyperlocal opportunities with ease. We are certain that the trend of using vernacular languages will strengthen as we expand to more cities in India.”

In the last 12 months, apna has enabled more than 7.2 crore interviews and 6 crore+ professional conversations in a regional language. The vernacular language tech has been built in-house by apna.

Proficiency in regional languages is also opening an array of job opportunities as internet companies offer their products to users in Bharat.  apna offers a variety of jobs that do not require English as their core competency. The hot job roles include Telecallers/BPO executives, delivery partners, sales, back office, computer/data entry operator, accounts, finance, driver, marketing, and retail.

apna is expanding its presence to more cities, helping job seekers easy access to prospective roles, considering their respective skills, experience and other preferences. The apna app comprises 70-plus communities for skilled professionals such as carpenters, painters, tele-callers, field sales agents, delivery personnel and others. apna communities have enabled users to grow their professional networks, upskill through peer learning and discover gig opportunities.

Founded in 2019, apna.co is India’s largest jobs and professional networking platform dedicated to helping India’s rising workforce to unlock unique professional networking and skilling opportunities. Having secured more than $190 million from marquee investors such as Tiger Global, Owl Ventures, Insight Partners, Lightspeed India, Sequoia Capital India, Maverick Ventures, GSV Ventures, Greenoaks Capital and Rocketship.vc apna is on a mission to enable livelihoods for billions in India. With more than 16 million users, present in 40-plus cities and counting and more than 150,000 employers that trust the platform, India has a new destination to discover relevant opportunities.

Posted by editor-manu-sharma at 8:25 PM