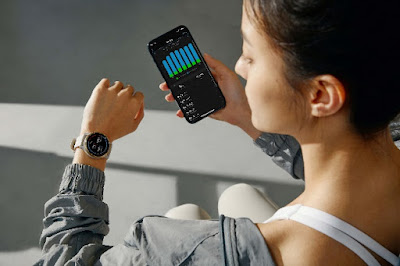 ·         Asian countries registered fewer “Active Calories” in comparison to the 2020 data. Also, their “Stress Levels” have been amplified due to the ongoing pandemic

Leading smart wearable devices brand, Garmin, has released the 2021 Asian User Health Data Report. Garmin, which has more than 60 million active users worldwide, has effectively tracked a rich array of users’ data with its exclusive health technology. The multinational technology company uses this data to measure their health statistics and guides them in achieving their fitness goals efficiently.

With the ongoing pandemic, lifestyle habits have changed considerably and more people struggle with poor metabolism. Metabolism is the engine that drives the body to function, playing a critical role in maintaining good health. Over time, this has resulted in health issues like poor sleep quality due to anxiety and stress, lockdowns and working from home has led to declining metabolism due to a sedentary lifestyle. In the long term, this may lead to serious conditions such as obesity, digestive issues, hair loss or even hyperglycemia, hypertension and hyperlipidemia. A healthy metabolism is key to a healthy body.

By referencing the "Resting Calories" and "Active Calories" indicated on Garmin smartwatches, users can track their total calories consumed and any changes in their metabolic rate. Other real-time health indicators like stress levels, Pulse Ox, hydration tracking that is tracked and displayed on the watch can also serve as a reminder for users to be more health- conscious.

According to Garmin's 2021 Asian User Health Data Report which tracks data from January to September 2021, users from regions with higher average weekly intensity minutes consumed more calories than others, not only active calories but also resting calories, which emphasizes the importance of exercise in maintaining good metabolism.

The report revealed that the "Resting Calories" of men and women in Asia decreased significantly in the age range of 55 years and above. According to Dr Min-Shan, LI M.D., Psychiatrist of JUST! Mental Health Clinic, Taiwan, "Metabolism (Basal Metabolic Rate) is the rate at which the body burns calories. Whether it is to maintain a good figure or to pursue a healthy lifestyle, ‘metabolism’ is the key. By increasing the amount of exercise or improving living habits, you can boost your metabolism to achieve your ideal health goals."

It is noteworthy that India (2,490 Cal) tops the list with the highest average resting calories, followed by South Korea (2,451 Cal), and Hong Kong (2,402 Cal) respectively.

The data trend also reveals that older users have clocked more “weekly intensity minutes” than youngsters on average. This could indicate that users become more health-conscious as they get older and place more importance on building an active lifestyle. Among Asia, India ranks second in the weekly “Intensity Minutes” with an average of 47 minutes. Hong Kong (53 minutes) ranks first and South Korea (46.9 minutes) third. Based on the data, female users have clocked more intensity minutes than male users in India.

User data are collected anonymously for long-term observation and understanding of the impact of different factors on health. Garmin strongly encourages users to pursue a healthy lifestyle through scientific health monitoring.

Sharing his thoughts on Garmin’s 2021 Asian User Health Data Report, Mr Ali Rizvi, Director, Garmin India, said, “Since the Covid-19 pandemic, the regular lifestyle of people has changed significantly. With the help of this report, we can see detailed health insights of our users across a variety of regions. One of the significant outcomes of the report is that the older population is more conscious of their health and overall wellbeing. Another finding highlighted in the report is that the female users in India are more active than men in building a healthy lifestyle. Such reports are essential to analyse the health statistics and create more awareness for health and active lifestyle.”

Stressing on the importance of 2021 Asian User Health Data Report, Dr. Maluk Mohamed Co-Founder & VP Research of Twin Health commented, “With age, it becomes increasingly important to maintain a healthy lifestyle. As a result, the older generations have become very conscious about their health, which has enhanced their metabolic ability.  Monitoring our health statistics and taking part in daily exercise are very significant. There are several health features built into the smart wearables these days that will assist the users in quantifying the status of their metabolic health. There was an uptick in ailments across the country during the initial days of the pandemic as it altered people's lives upside down. However, with time people have started to focus more on their health, and fitness and health departments have intensified.”

Below are the detailed findings of the report:

Asia data trend I: Metabolic rate is key for people aged 55 years and above

The data trend also reveals that the population above 55 years show the most evident decline in resting calories tracked, which decreased significantly compared with that of the previous age range.

Basis the weekly “Intensity Minutes” of Asian users in 2021, Garmin found that the top three regions with the highest average values are Hong Kong (53 minutes), India (47 minutes) and South Korea (46.9 minutes). While, the bottom three regions with the lowest average values are Indonesia (33 minutes), Thailand (36 minutes) and Taiwan (40 minutes).

The top three regions with the highest resting calories consumption also have the most weekly intensity minutes, indicating a positive correlation between "Resting Calories" and "Intensity Minutes". One trend observed across Asia is that the average weekly intensity minutes of the older population is more than that of the youngsters. This indicates that users are willing to invest more time in regular exercise every week as they grow older.

According to the data collected for "Active Calories" consumption, the values in most regions across Asia decreased compared with last year. But it’s worth mentioning that India still keeps the same value as previous year and ranks among the top three in 2021 with the highest average Active Calories(545 Cal) after Hong Kong (556 Cal) and Korea (553 Cal).

According to the "stress level" data of Asian users in 2021, the stress level of countries apart from China and Vietnam has increased compared with last year, and the overall stress levels for men is higher than that for women. Indonesia's stress level ranked the highest in Asia, followed by the Philippines and Malaysia. Compared to the data in 2020, Indonesia showed the highest increase in stress levels. The stress levels of men aged 26 to45 are also the highest amongst their Asian counterparts of the same age range. This could be a result of the constant battle with the pandemic and the notorious traffic congestion that the locals suffer.

Garmin smartwatches come in a variety of designs and features to meet every lifestyle need. The smart devices include the Venu series with built-in GPS, Lily, the Vivomove Series featuring heart rate monitoring, and the Index S2 smart scale with access to data such as body fat percentage, BMI, skeletal muscle mass, and more. Garmin offers a range of fitness trackers, along with methods for boosting metabolism and reaching health goals. To learn more about Garmin Health feature, visit https://bit.ly/3d5NECi.

Posted by editor-manu-sharma at 1:28 PM