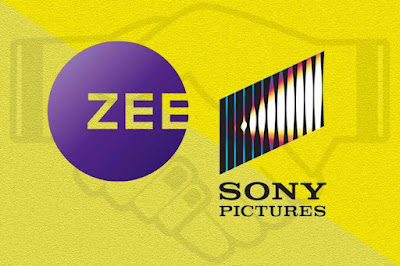 Sony Pictures Networks India (SPNI) and Zee Entertainment Enterprises Ltd. (ZEEL) today announced that they have entered into an exclusive, non-binding Term Sheet to combine both companies’ linear networks, digital assets, production operations and program libraries.  The non-binding Term Sheet provides an exclusive negotiation period of 90 days during which ZEEL and SPNI will conduct mutual diligence and negotiate definitive, binding agreements. The combined company would be a publicly listed company in India and be better positioned to lead the consumer transition from traditional pay TV into the digital future.

The merger of ZEEL and SPNI would bring together two leading Indian media network businesses, benefitting consumers throughout India across content genres, from film to sports. The combined company is expected to benefit all stakeholders given strong synergies between ZEEL and SPNI.

Under the terms of the non-binding Term Sheet, Sony Pictures Entertainment, the parent company of SPNI, would invest growth capital so that SPNI has a cash balance of approximately USD $1.575 billion at closing for use to enhance the combined company’s digital platforms across technology and content, ability to bid for broadcasting rights in the fast-growing sports landscape and pursue other growth opportunities. Sony Pictures Entertainment would hold a majority stake in the combined company. Current ZEEL Managing Director & CEO Punit Goenka is to lead the combined company. The combined company’s board of directors would include directors nominated by Sony Group and result in Sony Group having the right to nominate the majority of the board members.

It is anticipated that a final transaction would be subject to completion of customary due diligence, negotiation, and execution of definitive binding agreements, and required corporate, regulatory and third-party approvals, including ZEEL shareholder vote.

About ZEE Entertainment Enterprises Ltd.: Zee Entertainment Enterprises Ltd. is a media & entertainment powerhouse offering entertainment content to diverse audiences. With a presence in over 173 countries and a reach of more than 1.3 billion people around the globe, ZEEL is among the largest global content companies across genres, languages, and platforms. ZEEL is present across broadcasting, movies, music, digital, live entertainment, and theatre businesses, both within India and overseas, with more than 260,000 hours of television content and houses the world’s largest Hindi film library with rights to more than 4,800 movie titles across various languages. ZEEL has also produced several movies for theatrical release and is the fastest growing music label in India. It has presence in the digital space with ZEE5 and has also ventured into live events.