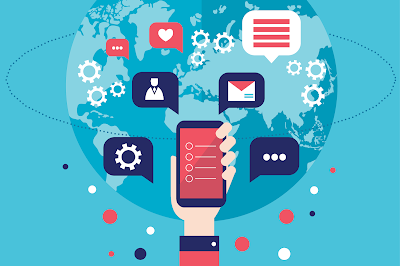 At a time when state governments are relaxing lockdown restrictions and schools are reopening after almost 18 months in a phased manner, EdTech major LEAD conducted a survey among parents to learn their views about sending children back to school.

The findings revealed that 59% of respondents felt that their children suffered learning loss due to the pandemic, and 72% Bengaluru parents are willing to send their children back to school. They believe that a complete school experience is possible only with reopening.

The survey was conducted amongst 10,500 metro and non-metro parents whose wards study in classes 1-10.

Keeping in mind the health and safety of children, LEAD’s survey indicated that for 22% of parents, vaccination of school staff is a top priority. Besides, 55% of metro parents rated social distancing as most critical, followed by healthcare facilities (54%); whereas parents from non-metros said sports and social distancing were equally important (52%).

Voicing challenges faced by children and parents during the pandemic, recalled how they used to juggle between ‘work from home’ and ‘school from home’ in the initial days. The study found that 47% of metro parents spent between 3-4 hours a day in their children’s school as compared to 44% in non-metros. Further, the survey indicated that majority of parents (63%) feel that engagement in a physical classroom leads to better social interaction amongst children.

LEAD Co-founder and CEO Sumeet Mehta said, “The last year and a half has not been easy for teachers, principals, schools and most importantly students. Children belonging to the lowest income strata faced the maximum learning loss due to inaccessibility of data and devices. Our survey clearly shows 72% Bengaluru parents say 'YES' to sending their children back to school. So let’s listen to parents, while enabling online learning for the 28% who are not ready. Schools need to be treated as essential utilities and parents must send their children back to school with a positive and open mind. Let us prepare to welcome them back to school by undertaking all the necessary precautions and safety measures.”

Some common areas of concerns

While 70% parents of both metros and non-metros said both the parents were involved in their children’s learning activities, the share of ‘only mothers’ being involved in their studies was higher in metros (21%) as compared to non-metros (18%), indicating increased responsibilities, especially for working women.

LEAD (formerly known as LEAD School) is promoted by Leadership Boulevard, one of the fastest growing EdTech companies in India. It combines technology, curriculum and pedagogy into an integrated system of teaching and learning, thus improving student learning and teacher performance in schools across the country. LEAD School partners with 2,000+ schools with an estimated 8 lakh+ students in more than 400 cities, including tier 2 to tier 4 cities, in 20 States.