With Impending Online Games Ban, Start-Up Ecosystem And Thousands Of Jobs In State At Stake 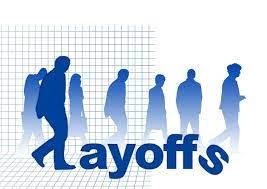 A bill tabled last week to amend the Karnataka Police Act of 1963 states “games means and includes online games, involving all forms of wagering or betting, including in the form of tokens valued in terms of the money paid before or after the issue of it, or electronic means and virtual currency, electronic transfer of funds in connection with any game of chance.” Hopefully, the government will clarify that the Audio Visual, Gaming and Comics, IT & ITES sectors, that create, develop software and services and offer gaming will not be impacted or clubbed with online gambling companies. This would amount to clubbing the good with the bad and the ugly. At this stage, these companies have taken legal views that clearly indicate that they are not the target of this proposed amendment.

The first Indian state to announce an AVGC policy way back in 2012 was Karnataka. The policy was initiated to promote the state as a lucrative investing destination and attract venture capital funding in the AVGC sector. This in turn aimed to provide employment to educated youth and bridge the gap in the demand and supply of skilled resources. About 22 percent of Indian game developers and service providers are located in the state. (Source: NASSCOM Report 2015). Out of the country’s 425 studios (300 animation, 40 VFX and 85 game development), 11 percent are located in Bengaluru. About 14 percent of AVGC professionals are based out of Bengaluru as per a report by ABAI. These numbers clearly indicate that Karnataka needs to closely look at its online games’ ecosystem and the potential impact such legislative action will have.

It is curious that the proposed bill has not taken into account the views of the investing community or the large players in the state which have active business operations engaging with the youth across the country. The state has been among the top destinations for any potential start-up because of the ecosystem that has been built. However, it is ambitious to assume that companies whose offering may be banned in the state will continue to remain and invest here. A safe assumption will be that that the ban will encourage the companies to move out to states like Uttar Pradesh, Maharashtra, Andhra Pradesh, Gujarat which are actively wooing the hundreds of start-ups.

In India, domestic and foreign investment in the sector has increased as the number of platforms have also increased. The online gaming industry raised about Rs. 1200 crore ($174 million) in 2020 versus Rs. 679 crore ($97.2 million) a year earlier, according to data from Tracxn. Fundraising this year is expected to surpass previous records, industry experts say. The start-up industry thrives on technology, innovation and skilled personnel with minimal government interference which existed in abundance in the state. As per industry estimates, Karnataka has more than 80 training institutes imparting AVGC related training. Therefore, it is highly unlikely that the state government will not take these factors into consideration or will seek to enforce this proposed amendment that results in lack of job opportunities for students of the AVGC, IT & ITES sectors.